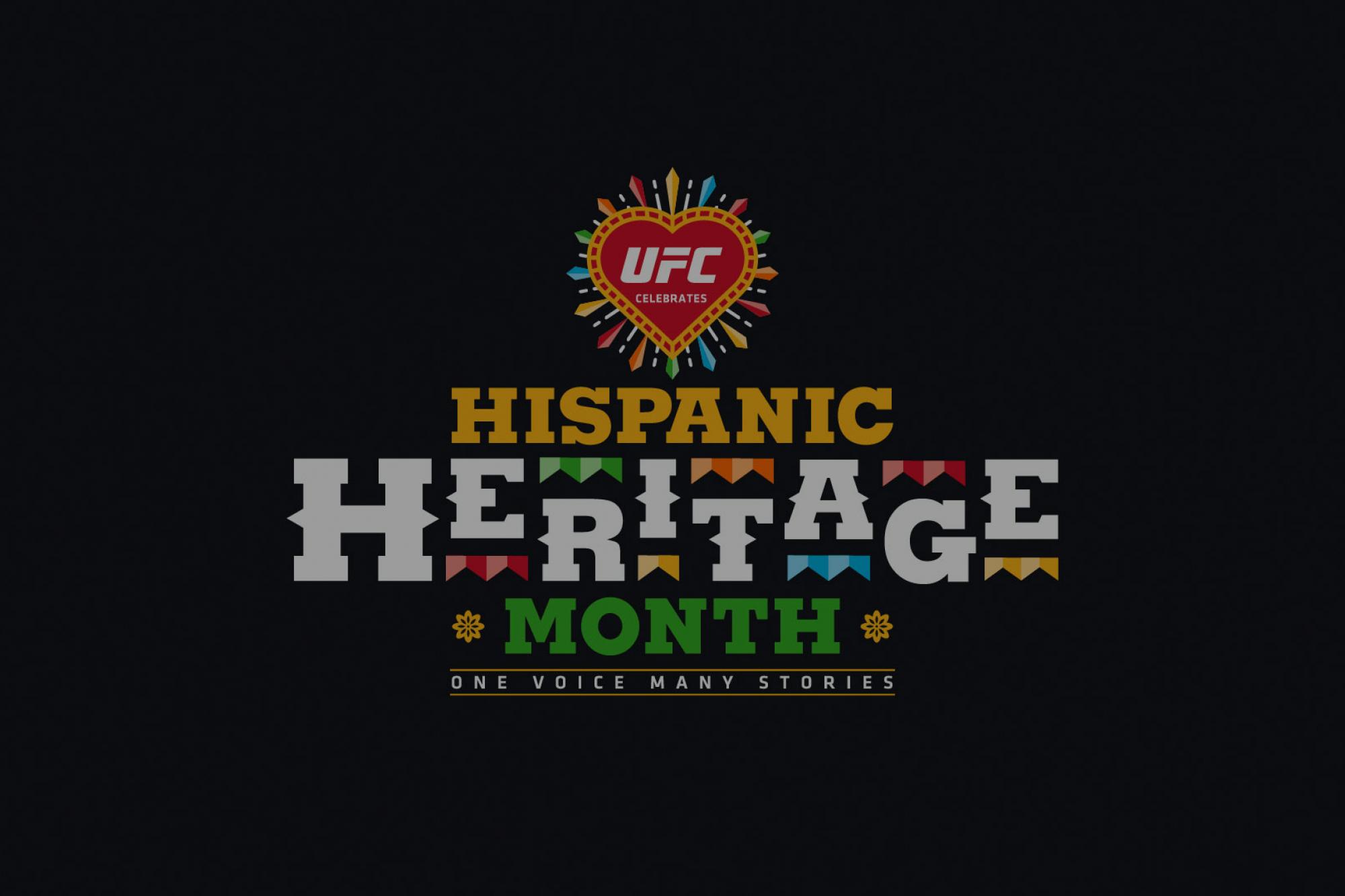 LAS VEGAS, NV – UFC® today announced the launch of its month-long celebration of Hispanic Heritage Month. UFC will commemorate Hispanic Heritage Month (Sept 15 – Oct 15) by acknowledging UFC athletes and fans that represent U.S. Hispanic and Latin American communities, as well as other Spanish-speaking countries around the world. UFC will also celebrate Hispanic and Latino culture and how it has played a significant role in UFC, MMA, and combat sports overall.

During Hispanic Heritage Month, UFC will highlight the personal stories of Hispanic and Latino fighters, past and present, and their impact on UFC through its “One Voice, Many Stories” campaign.

UFC will also offer specially themed apparel, which is now available for pre-order at UFCStore.com. This apparel will also be available during UFC activations as part of the 9th Annual UFC International Fight Week, which takes place from Tuesday, September 22, through Saturday, September 25.

Ortega will face UFC featherweight champion Alexander Volkanovski in the main event of UFC 266: VOLKANOVSKI vs. ORTEGA, which takes place on Saturday, September 25, at T-Mobile Arena in Las Vegas.

As part of the week-long celebration, UFC will also host a discussion panel during the Fan Experience on Friday, September 24, at 1 p.m. Hosted by Victor Davila, the panel will take place in The Park outside of T-Mobile Arena, and will feature UFC flyweight champion Brandon Moreno, bantamweight Marlon ‘Chito’ Vera, and bantamweight Julianna Pena.

UFC will also feature commemorate Hispanic Heritage Month with special branding during its telecasts (“UFC Celebrates HHM”), as well as with athlete features and vignettes.

In addition, in partnership with ESPN, a UFC-produced two-part special featuring some of the biggest Latino names in MMA will be showcased as part of ESPN’s Hispanic Heritage Month-themed programming.

UFC FIGHT PASS will also showcase Hispanic and Latino athletes as part of its “UFC FIGHT PASS Fighter of the Day” beginning on Wednesday, September 15.  Featured athletes include:

To watch the career highlights and best moments from the athletes featured above, go to UFCFightPass.com.