UFC 280 Headlined By Oliveira vs Makhachev In Abu Dhabi

The UFC returns to Abu Dhabi on October 22 with a UFC 280 card headlined by a clash for the vacant lightweight championship between Charles Oliveira and Islam Makhachev.

The former UFC lightweight champion, Brazil's Oliveira is on a remarkable 11-fight winning streak in one of the sport's toughest divisions, and after a quartet of victories over Tony Ferguson, Michael Chandler, Dustin Poirier, and Justin Gaethje, he established himself as the top 155-pounder in the world. In October, he gets a chance to regain the crown he lost on the scales in May when he faces the surging Makhachev, who has won 10 straight over the likes of Bobby Green, Dan Hooker and Thiago Moises. 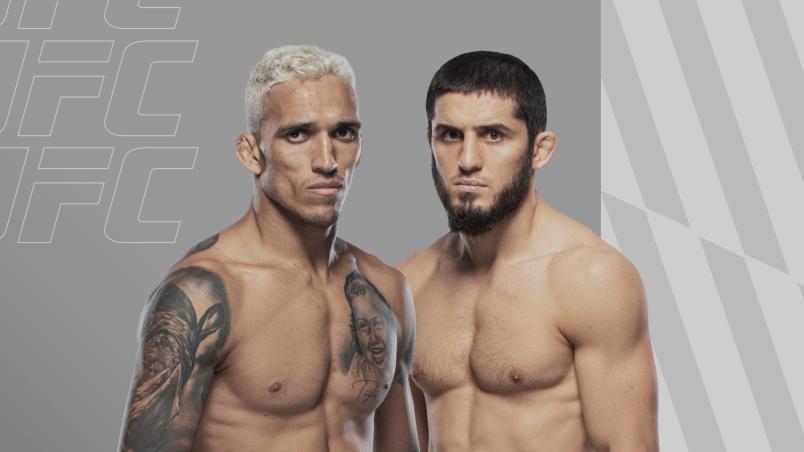 Don't Miss A Moment Of UFC 280: Oliveira vs Makhachev, Live From Etihad Arena In Abu Dhabi. Prelims Begin at 10am ET/7am PT, While The Main Card Kicks Off At 2pm ET/11am PT.