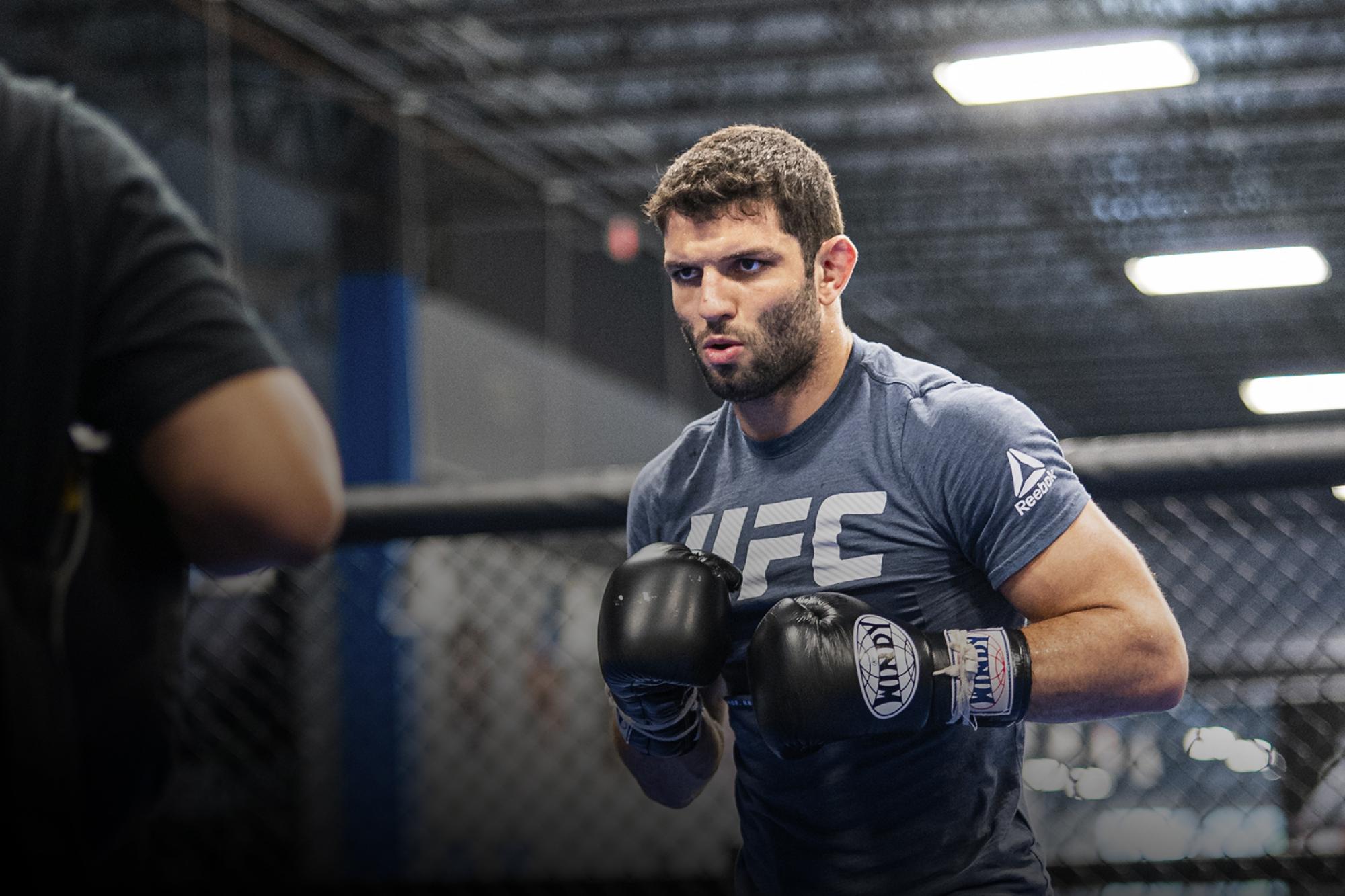 Just Days Away From His First UFC Main Event, Lightweight Thiago Moises Discusses Why He's Excited For The Challenges That Come With Fighting Islam Makhachev.
By GAVIN PORTER, @PORTERUFCNEWS ON TWITTER • Jul. 15, 2021

When he was 17 years old, Thiago Moises left his home in Brazil with dreams of becoming a prizefighter. He settled in at American Top Team in Coconut Creek, Florida and started working to achieve his dream. In November 2018, Moises received a short notice call to begin his UFC career and he hasn’t looked back since.

On Saturday, July 17, Moises will headline his first UFC card when he faces Islam Makhachev at the UFC APEX in Las Vegas, Nevada. Moises can’t help but crack a huge smile when he thinks about how far he’s come since he stepped onto the mats at ATT years ago.

But the lightweight up and comer knows that this main event with Makhachev is just the beginning.

“My life changed a lot; I’m very happy to be in the main event now,” Moises told UFC.com “And it’s going to change even more after I beat Islam on July 17th.”

"[Makhachev] doesn’t have a lot of holes in his game, but everybody does mistakes and I’m ready to capitalize that when he does a mistake."@ThiagoMoisesMMA discusses facing Islam Makhachev in the main event of #UFCVegas31 and what he expects from the fight 🔊⬆️ pic.twitter.com/WkAOw7YPID

Beating someone like Makhachev would do wonders for Moises, considering the fact that Makhachev is one of the most feared fighters in the UFC’s stacked lightweight division. It’s common knowledge that it has been difficult for Makhachev to find fights and it’s even more well known that the guys that do fight him usually don’t end up with their hand raised.

Fighters On The Rise | UFC Fight Night: Makhachev vs. Moises

Makhachev is 19-1 overall, going 7-1 since joining the UFC in 2015. Much has been and should be made of Makhachev’s grappling prowess, as he has the highest takedown accuracy in lightweight history and the third highest top position percentage in lightweight history. That type of dominance is no joke to play with.

“He’s a great grappler and a very well-rounded fighter. He’s good everywhere and he has good cardio. He doesn’t have a lot of holes in his game, but everybody makes mistakes and I’m ready to capitalize when he does and I’m ready to catch that and make him pay,” Moises said before laying out why he took the fight with Makhachev. “It’s the challenge. I’m here to fight against the best. To be the best you’ve got to beat the best and I want to be the best.”

Moises, despite having just six fights in the UFC thus far, has faced some big names at lightweight. He made his debut against now No.3-ranked Beneil Dariush, submitted Michael Johnson with a heel hook and earned back-to-back unanimous decision wins over Bobby Green and Alexander Hernandez.

Those performances helped get the ball rolling for Moises, and his “beat the best to be the best” attitude is one of the reasons why the UFC gave him a difficult opponent like Makhachev.

“I fought a lot of tough guys in the UFC, so this is not going to be anything different,” Moises said. “I’ve fought big names before, so nothing changes for me. I’m trouble on the ground and on my feet and I can fight off my back, I can strike, I can wrestle. I’m a complete fighter, as well, so it’s going to be a great match and a great fight for the public.”

Approaching his first main event as just another fight is part of the reason why Moises is feeling so confident heading into UFC Fight Night: Makhachev vs Moises. There is no question that Moises is ready for the spotlight and a win would be huge for him, but the truth is that he always expected this moment and that’s why he’s primed to succeed.

“I’m very excited to show all my hard work and all the things I’ve been training at American Top Team. I’ve been here since I was 17 years old, so the hard work is paying off. I left everything in Brazil to come here and chase this dream and my time is coming.