The Best Of Tai Tuivasa

Relive Some Of Tuivasa’s Career Defining Moments On UFC FIGHT PASS That Have Turned Him Into A Worldwide Superstar Heading Into His Main Event Bout Against Ciryl Gane At UFC Paris
Aug. 24, 2022

It’s not very often that a star rises as quickly as Tai Tuivasa did in 2021.

Currently riding a five-fight win streak, all by knockout, “Bam Bam” has delivered endless entertainment inside the Octagon. What’s most memorable, however, is his post-fight celebration known as the “Shoey,” where Tuivasa climbs the top of the cage and drinks a beer out of a shoe… literally.

Get Your Tickets To UFC 279: Chimaev vs Diaz, Live In Las Vegas September 10

The combination of jaw-dropping performances and iconic celebrations led him to his second main event spotlight against Ciryl Gane in the UFC’s first event in Paris, France on September 3. Tuivasa started 2022 as the No. 11 contender, but a win over Derrick Lewis jumped his way to No. 3 in the UFC heavyweight rankings, and he could be a fight or two away from a title shot.

Before he takes on the former interim heavyweight champion in a highly anticipated headliner at UFC Fight Night: Gane vs Tuivasa, revisit some of these memorable moments from “Bam Bam’s” career on UFC FIGHT PASS: 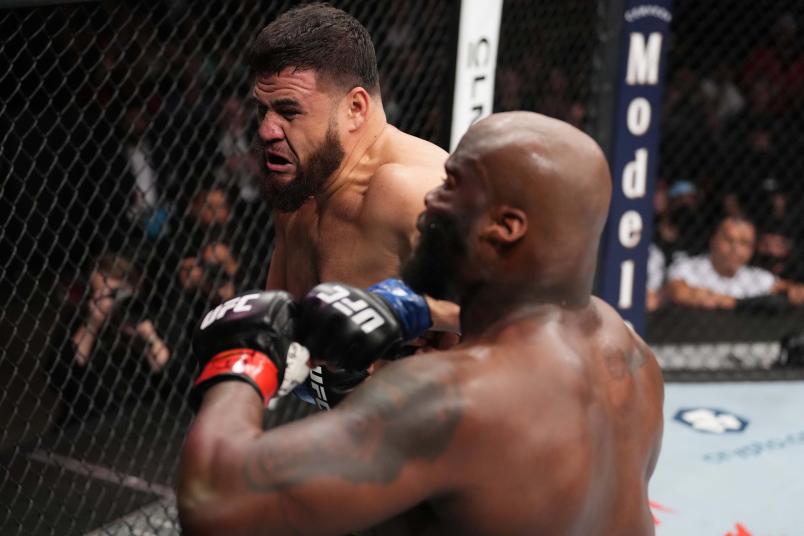 (L-R) Tai Tuivasa of Australia punches Derrick Lewis in their heavyweight fight during the UFC 271 event at Toyota Center on February 12, 2022 in Houston, Texas. (Photo by Josh Hedges/Zuffa LLC)

In his most recent bout, Tuivasa kicked off his 2022 campaign with his toughest matchup to date, facing UFC’s knockout king Derrick Lewis in “The Black Beast’s” hometown of Houston. Despite entering the arena to boos from the fans, Tuivasa’s walkout to “Girls Just Want to Have Fun” by Cyndi Lauper showed that the Australian didn’t fear the opponent standing across from him and was looking to put on a show.

The first round didn’t go entirely to plan, however, with Lewis finding early success securing a takedown and landing vicious ground-and-pound. But Tuivasa weathered the storm and made it to the second round, where the tide shifted for “Bam Bam.”

Nearly a minute and a half into the round, Tuivasa loaded up on a heavy right hook, stunning Lewis up against the cage. Tuivasa clinched and landed a short elbow that sent Lewis to the mat.

Some dance moves and a “Shoey” later, Tuivasa found himself not only as a fan favorite, but as a serious contender in the heavyweight division. This win earned Tuivasa his second main event against Gane on September 3.

Return Of The “Shoey” 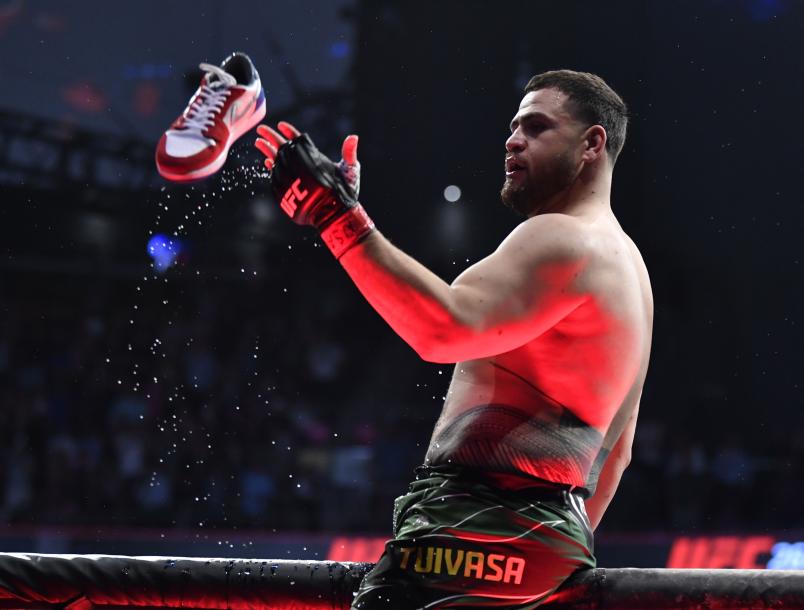 Tai Tuivasa of Australia reacts after knocking out Greg Hardy in their heavyweight fight during the UFC 264 event at T-Mobile Arena on July 10, 2021 in Las Vegas, Nevada. (Photo by Chris Unger/Zuffa LLC)

Coming off three consecutive losses by the end of 2019, Tuivasa was looking to turn his career around in 2020. He did so by finishing his next two opponents, Stefan Struve and Harry Hunsucker, comfortably. But those wins weren’t followed by any creative celebrations and the patented “Shoey” because of the regulations in place from the COVID-19 pandemic.

However, those two wins landed Tuivasa a featured bout on a Conor McGregor pay-per-view card, which history has shown is one of the biggest platforms a UFC athlete can be on. Tuivasa challenged the former NFL player turned mixed martial artist, Greg Hardy.

The fight only lasted one minute and seven seconds, but both fighters came out swinging heavy leather early. Hardy was the first to land a big shot, which wobbled “Bam Bam” momentarily. But Tuivasa came back with a left hook that dropped and finished Hardy just seconds later.

Back in front of a full crowd at T-Mobile arena, Tuivasa jumped on top of the cage, was thrown a shoe and a beer, and celebrated in front of the Las Vegas crowd the best way he knows how. Given the magnitude of the event, this win and celebration, launched his rise to superstardom. 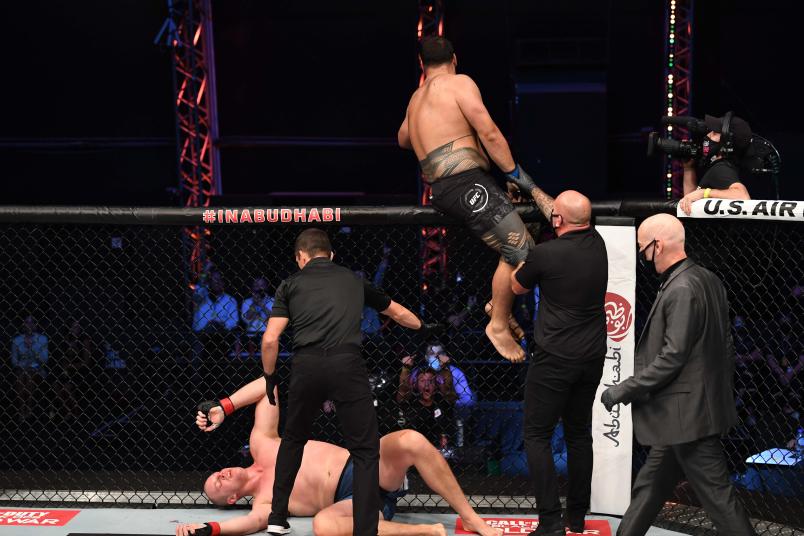 (R-L) Tai Tuivasa of Australia celebrates his KO victory over Stefan Struve of The Netherlands in their heavyweight bout during the UFC 254 event on October 24, 2020 on UFC Fight Island, Abu Dhabi, United Arab Emirates. (Photo by Josh Hedges/Zuffa LLC via Getty Images)

Taking a full year off from competition after suffering three consecutive defeats inside the Octagon, Tuivasa returned at Fight Island in Abu Dhabi. “Bam Bam” faced Stefan Struve, a tall task for anyone in the heavyweight division. The near seven-foot-tall UFC star hadn’t had a lot of recent success either, so it was the perfect matchup for both athletes to try and put their careers on a positive trajectory.

Knowing he needed to control the range against Struve, Tuivasa initiated the clinch early in the round. Landing knees and heavy punches to the body, “Bam Bam” was tallying up strikes and getting ahead on the scorecards. Once they broke, both fighters found success kickboxing, with Struve landing a heavy head kick over the top of Tuivasa’s guard.

After blasting numerous leg kicks, Tuivasa clinched for the final time, marking the beginning of the end for Struve. Landing a giant uppercut, Tuivasa sent Struve to the mat, finishing the fight with only one second to spare in the first round.

Welcome To The UFC 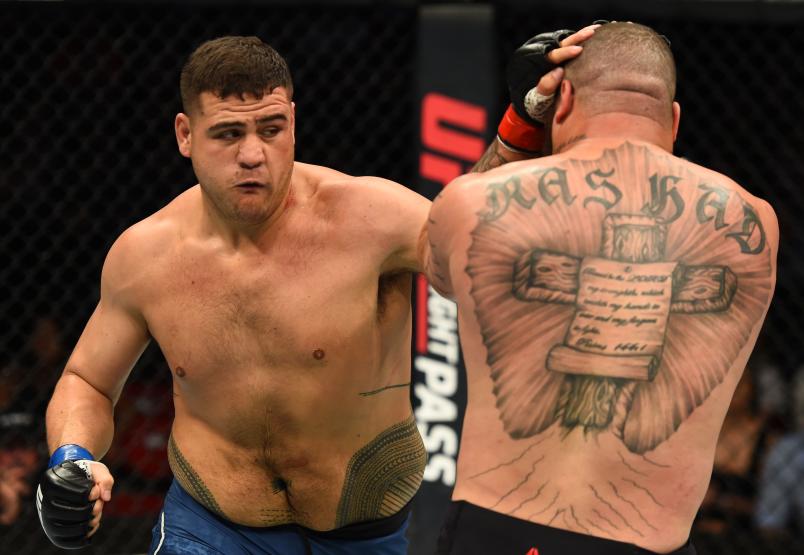 “Bam Bam” was fortunate enough to start his UFC career in his native Sydney, Australia, at UFC Fight Night: Werdum vs Tybura, fighting against Rashad Coulter. Right from the start of the fight, you could tell that Tuivasa was not only a hard-hitting heavyweight that can get into fun performances for fans, but that he had a wide variety of skills that showed how much potential he had for only being 24 years old and in his seventh professional bout.

As time passed in the first round, Tuivasa found his rhythm and landed a debilitating leg kick that dropped Coulter for a moment. But the second he found his way to his feet, Tuivasa landed a flying knee that knocked out Coulter immediately.

His debut showcased one of his most memorable knockouts in his career, as well as giving the heavyweight division a preview for what was to come with a few more years of experience under his belt. 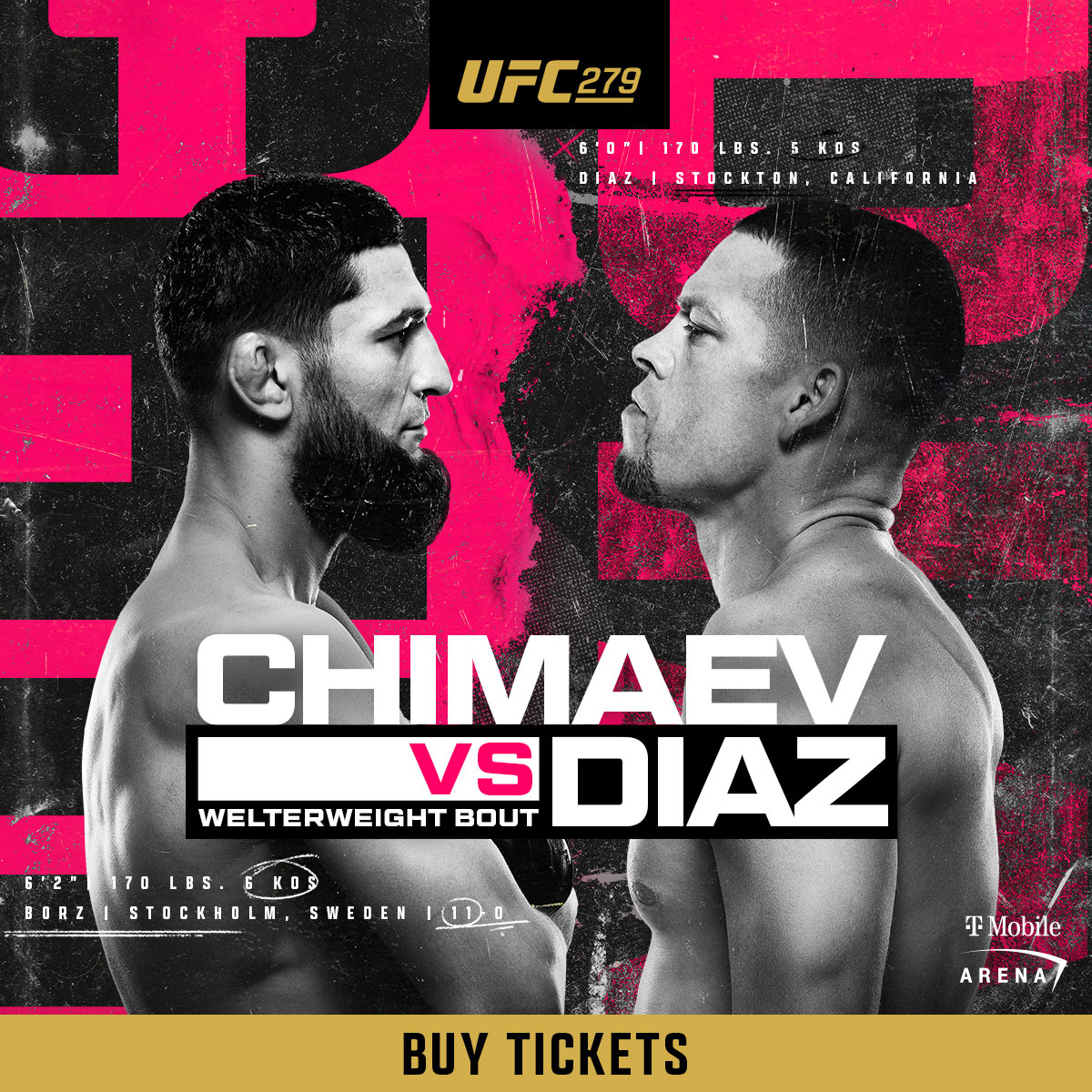 UFC Fight Night: Gane vs Tuivasa took place on September 3, 2022, live from the Accor Arena in Paris, France. See the Final Results, Official Scorecards and Who Won Bonuses - and relive the action on UFC Fight Pass!