The Scorecard | UFC 279: Diaz vs Ferguson

See Which Fighters Impressed Under The Bright Lights At T-Mobile Arena.
By Thomas Gerbasi, on Twitter: @TGerbasi • Sep. 12, 2022

Saturday’s UFC 279 event is in the books, and now that the dust has settled in Las Vegas, it’s time to go to the scorecard to see who the big winners were at T-Mobile Arena. 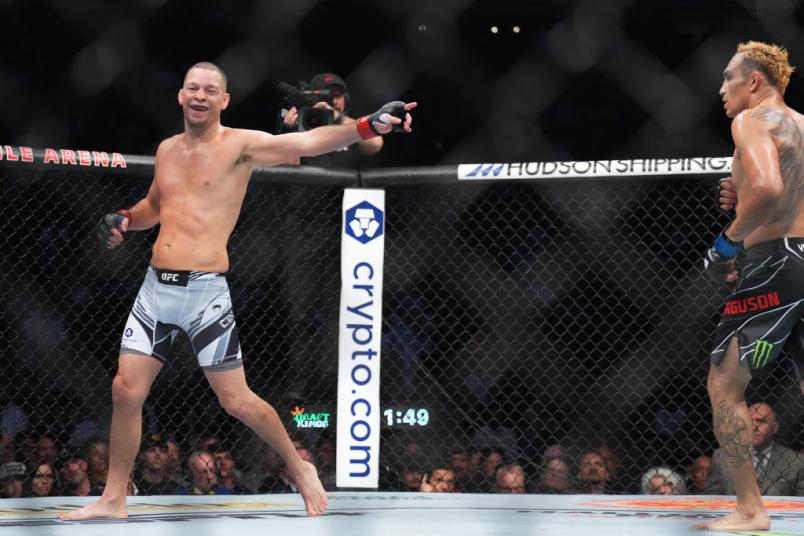 Who else but Nate Diaz? The pride of Stockton had the oddsmakers against him a week ago, but after going through the type of chaos that he lives for, he went out and beat Tony Ferguson, finishing the fight in the fourth round and giving fight fans around the globe something to cheer about. It was old school from start to finish, and if this was his last time in the UFC Octagon, what a run it’s been. But I have a feeling we haven’t seen the last of Nate in the big show, and that’s a good thing, because he’s always been a no-nonsense warrior who never let the fans down. And yeah, him walking out to the Stones’ “Gimme Shelter” was unforgettable.

What do you say about Khamzat Chimaev after a wild week in Las Vegas? He got into it with Kevin Holland and the Diaz camp on the day of an ultimately cancelled press conference. Then he missed weight at 178.5 pounds, scrapping his main event with Diaz and making him the villain to many fight fans. But then fight night arrived and Chimaev was in devastating form, finishing his new opponent – Holland – in a little over two minutes. Yes, he’s one of the top fighters in the UFC, but is his future at 170 or 185? And if he’s the “bad guy” to a segment of the fanbase, he appears to be embracing that role. So with so many questions to be answered, why is here in the unofficial winners’ circle? Because we’re still talking about him right now and will continue to do so. That’s a win.

See Every Fight Result From UFC 279 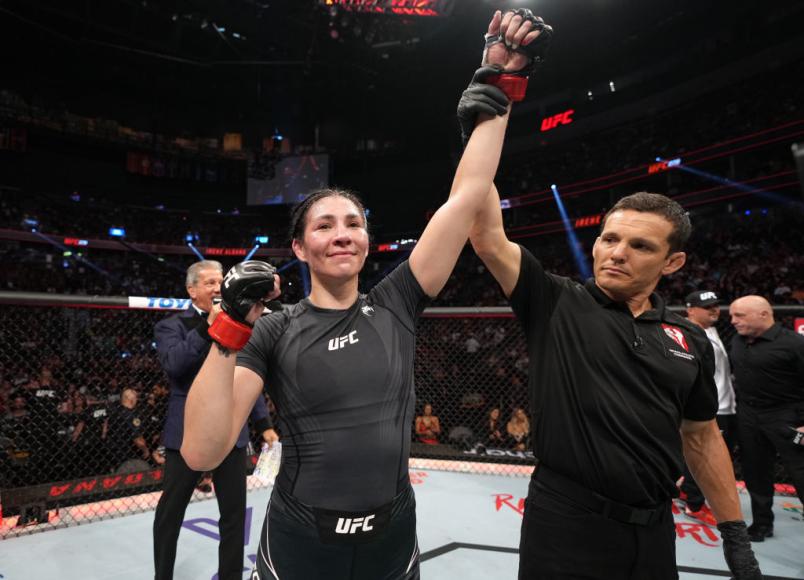 Irene Aldana of Mexico reacts after her victory over Macy Chiasson in a 140-pound catchweight fight during the UFC 279 event at T-Mobile Arena on September 10, 2022 in Las Vegas, Nevada. (Photo by Jeff Bottari/Zuffa LLC)

Irene Aldana had a spectacular first round against Macy Chiasson last weekend. The second round? Not so much, but in the third, she roared back and earned a Performance of the Night bonus after an upkick to the body. That was a finish to remember, and after wins in four of her last five bouts, the Mexico native is moving closer to a world title shot. Will she beat Amanda Nunes if it happens? That remains to be seen, but one guarantee is that will be exciting. 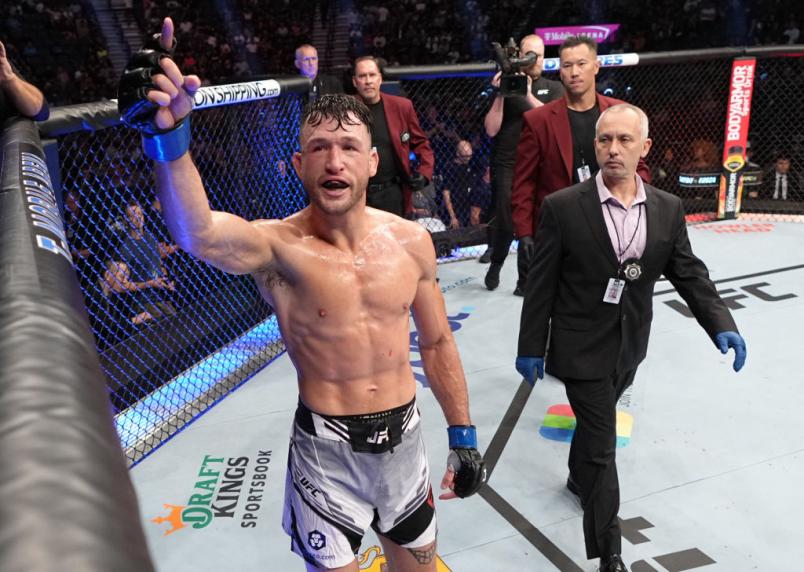 Julian Erosa reacts after the conclusion of his featherweight fight against Hakeem Dawodu of Canada during the UFC 279 event at T-Mobile Arena on September 10, 2022 in Las Vegas, Nevada. (Photo by Jeff Bottari/Zuffa LLC)

One of the good guys of the game, Julian Erosa has been proving to be a living, breathing example of the power of persistence, and despite facing a rising star who came in three-and-a-half pounds over the featherweight limit in Hakeem Dawodu, Erosa was in some of the best form of his career, and now that he’s won six of his last seven and three in a row, “Juicy J” is closing in on a spot in the 145-pound rankings and a place where he won’t be the underdog too often anymore.

Everybody loved Chris Barnett before he joined the UFC roster. It may be safe to say that they love him even more now after a highlight reel knockout of Gian Villante last November and a stoppage of Jake Collier last weekend that could be simply described as “wild.” It was a fight, plain and simple, and it was Barnett emerging victorious after nearly getting stopped himself, and despite losing to Ben Rothwell and Martin Buday in the Octagon and missing weight for the Collier bout, yeah, we still love you, Chris.

MUST WATCH: Barnett Reacts To His Amazing Comeback Win