Some fighters make an immediate impression. Elias Theodorou was one of those select few who made everyone pay attention as soon as they saw him.

Whether it was because he was the owner of the best hair in mixed martial arts or because he was ready, willing and able to take on all comers in a UFC career that lasted from 2014 to 2019, “The Spartan,” who sadly passed away from colon cancer at the age of 34 on Sunday, made an impact.

And he knew it from the time he entered the Octagon for the first time in 2014 to fight for – and win – The Ultimate Fighter Nations middleweight title. 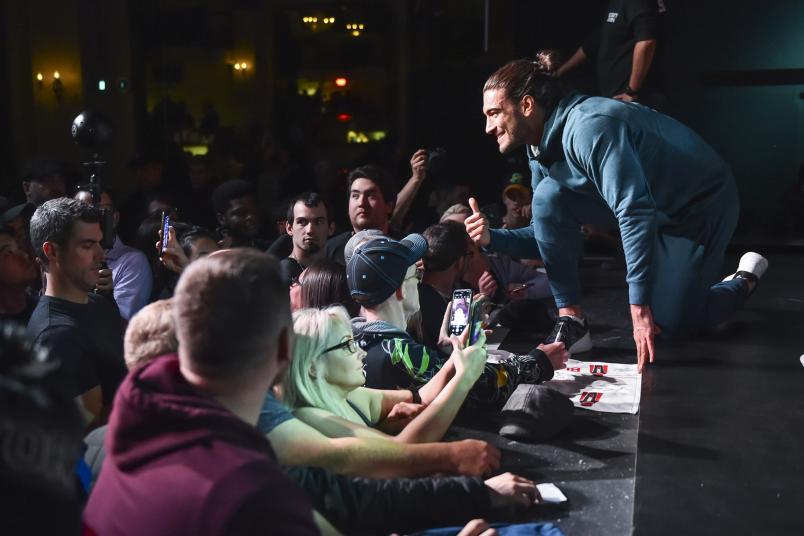 “I don’t shy away from the camera,” he laughed in an interview before he stopped Sheldon Westcott in two rounds to join Chad Laprise as Canada’s first TUF winners. “I’m kind of a media whore of some sort, so throw a camera in front of me and I’ll spit out about ten different things, and at least one of them’s gonna be gold. So we have options.”

The affable Toronto native didn’t just have options when it came to his work in front of the camera, but in life. Owner of a B.A. degree in Creative Advertising from Humber College, Theodorou was also an actor, a stuntman and a model who appeared on the cover of several Harlequin romance novels. But MMA was his true love.

“I do have an education that I could have gone to, and there are different aspects of modeling and acting that I could go into, but for me, martial arts is my passion and my love,” he said in 2014. “Everything else will be there afterward. This is what I’ve focused on, this is what I want, and there’s nothing else in my view. I think what makes me successful at it is that I can do anything I want, but all I want is this. This is my everything.” 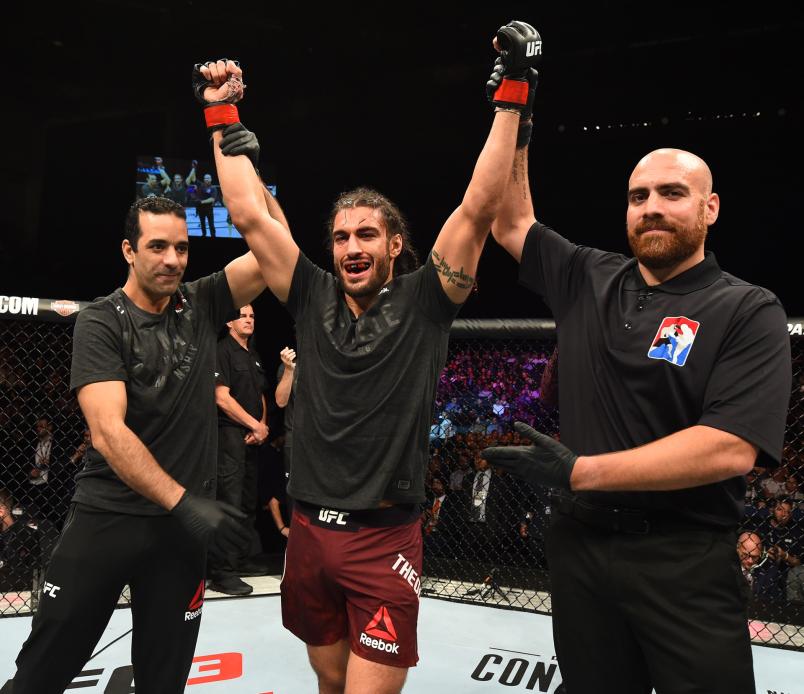 Elias Theodorou of Canada celebrates his victory over Trevor Smith in their middleweight bout during the UFC Fight Night event at ECHO Arena on May 27, 2018 in Liverpool, England. (Photo by Josh Hedges/Zuffa LLC)

And he was damn good at it.

Theodorou won his first eight pro bouts before getting the call for TUF Nations, and after winning the show, he added two more UFC victories over Bruno Santos and Roger Narvaez before losing his first fight to Thiago Santos in December 2015.

“There’s a silver lining in it,” he said after the bout. “I could explain that Thiago was on a tear and I’m the only person that went to a close decision with him when everyone else has just disappeared, and I really think that I lost the fight and he didn’t win the fight. I had my first bad day at work, and looking back at it, obviously I’m a little biased, but I think I won the first, the second could have gone either way, and he won the third. I learned from it, and I’m really proud of the fight. It will never change my desire to have that fighter’s journey, that traveling identity.”

That first loss is always a tough one, but Theodorou took it in stride, as did his parents, who were in attendance that night in Las Vegas, even though they saw their baby boy leave the Octagon in need of 30 stitches. 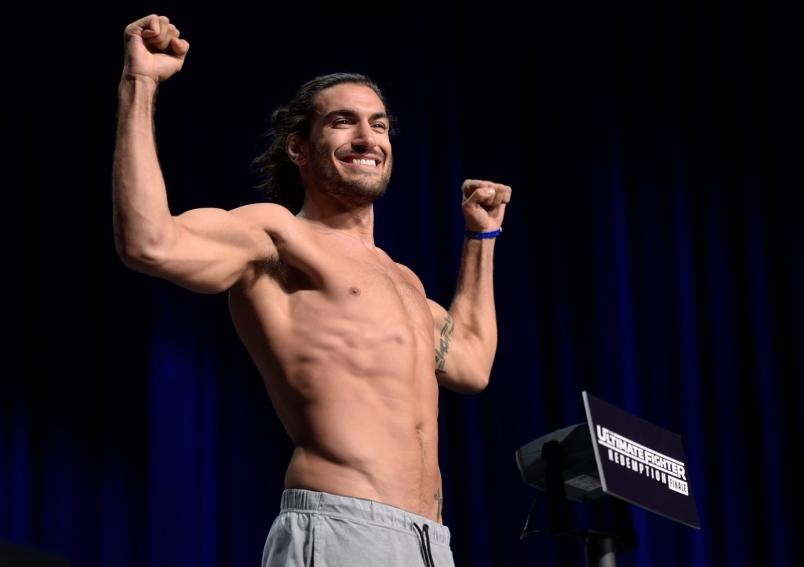 Elias Theodorou of Canada poses on the scale during the UFC weigh-in at the Park Theater on July 6, 2017 in Las Vegas, Nevada. (Photo by Brandon Magnus/Zuffa LLC)

“My parents were in the stands and I gave both of them a heart attack during the fight, but once I got stitched up, I came out to show them that I was fine and they were the first to say how proud they were,” he said after the fight. “Luckily, the old adage says, ‘Chicks dig scars,’ so I walked away with one of those.”

He wouldn’t be down for long. In June 2016, he defeated Sam Alvey, and in his first fight of 2017, he decisioned Cezar Ferreira. A defeat to Brad Tavares followed, but in his final four trips to the Octagon, he won three of them, with victories over Dan Kelly, Trevor Smith and Eryk Anders taking him to Australia, England and back home to Toronto. The lone loss in that stretch saw him drop a decision to Derek Brunson, but he ended his career on a winning note, beating Hernani Perpetuo, Matt Dwyer, Bryan Baker on the regional circuit to put his record at 20-3.

It was a career and life to be proud of, and one that ended too soon. But just like he wanted it, Elias Theodorou made an impact in his 34 years, one that won’t be forgotten.