Paddy Pimblett has some advice for any fans who want to take a picture with UFC’s hottest sensation: Say the magic word.

“Say, ‘Please,’” Pimblett told UFC.com when we visited him in Liverpool. “Manners cost nothing.”

You’ll be hard-pressed to come up with another fighter outside of any title picture who has the kind of buzz around them Pimblett garnered his first year on the UFC roster. To that end, there’s few fighters that are competing for belts that can cultivate the kind of lightning-rod response to their every action like Pimblett. 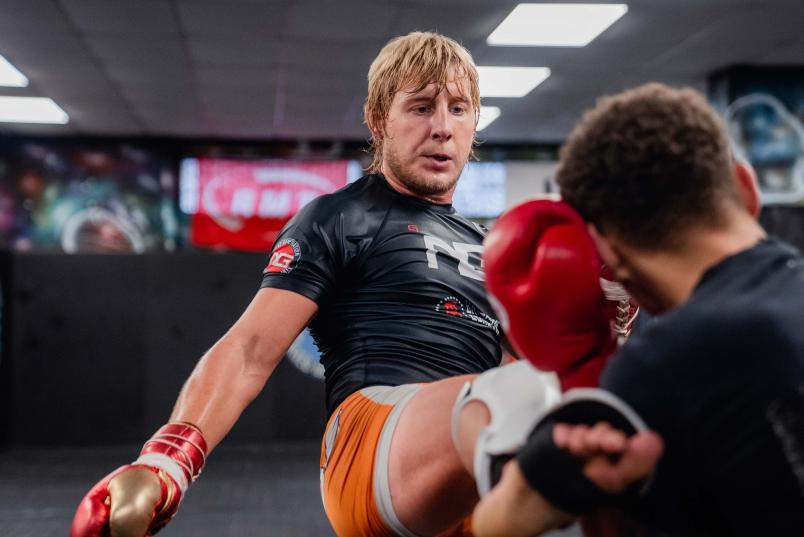 Since making his UFC debut in September 2021, Pimblett tallied a finish in each of his three fights (one knockout, two submissions), earning a Performance Bonus each time. He provided the most electric prefight atmosphere in both of the promotion’s 2022 stops in London, and his post-fight Octagon interviews spread like wildfire. During his most recent time on the mic, he perhaps made his greatest impact yet when he shared the news of his friend’s death and pleaded with men to seek help to support their mental health.

Along the way, Pimblett has operated with a smile and quick wit as his fame. He came into the UFC saying he was well-prepared for the hoopla through his experience on Cage Warriors and has been recognized on the streets of Liverpool since he was 21 years old. Even so, he admits the notoriety has reached “a new stratosphere” over the last 12 months.

“I just take it in my stride,” Pimblett said. “A lot of people wouldn't be able to handle it. That's why I know I was born for this. I was born to be in this position because my head is not going to fall out. I'm not going to start going doing mad s***, but I'm just me, and that's all.”

Speak to Pimblett long enough, and you’ll hear him say “I’m just me” at least a couple of times, but it’s less of an interview crutch and more of an outright conclusion.

So far, that has only rung true. Whether he is arm-in-arm with teammate and UFC flyweight knockout artist Molly McCann celebrating their victories or dancing through the crowd on his way to the Octagon, Pimblett is a consistently vibrant and magnetic presence.

That ascension to fame also comes with its hang-ups. Pimblett’s head coach at Next Generation MMA, Paul Rimmer, acknowledges the reception his pupil gets blows him away whether they are walking down the streets of Liverpool, New York City or San Diego. Everyone wants a piece of “The Baddy.” When it comes to Pimblett’s peers in the MMA world, everyone seems to have an opinion on his abilities or now-infamous post-fight eating adventures.

While that might seem like a grating experience, Pimblett hasn’t shown any signs of it so far. He has a podcast, an active YouTube channel and several sponsorship obligations all pulling at him, and he hasn’t batted an eyelid yet. On any given day, multiple camera crews float around Next Generation MMA’s gym, Pimblett himself is often wearing a microphone on any given day. To him, it’s all just “standard.”

He hasn’t even grown all too weary of the onslaught of media that flocks to him, particularly when a fight is booked. Although some if not most fighters get some levels of agitated around answering similar questions while training for a fight, Pimblett pushes back against the notion of media fatigue.

He also understands that all of the buzz goes away if he can’t deliver the goods inside the Octagon. While some might take their profile and cash it in for the biggest fights for the quickest path to a UFC title shot, Pimblett sees a long climb up the lightweight ladder for himself. Even though his popularity might make some fans rate Pimblett higher than a veteran, Pimblett himself believes he won’t get a crack at the top-15 until 2024 and eyes a title run coming around late-2025 at the earliest.

Get Your Tickets To UFC 282 Right Here

Part of that is patience in the process, but part of it is the fact that 155 is widely viewed as one of the deepest in the sport. 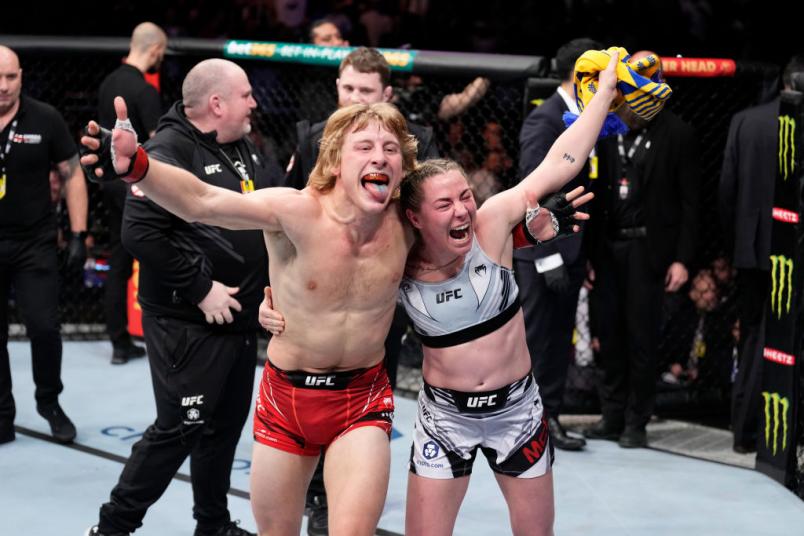 LONDON, ENGLAND - MARCH 19: Paddy Pimblett of England and Molly McCann of England celebrate his submission victory over Kazula Vargas of Mexico in a lightweight fight during the UFC Fight Night event at O2 Arena on March 19, 2022 in London, England. (Photo by Chris Unger/Zuffa LLC)

After another tour through America and a stop in Ireland to support a teammate’s fight, Pimblett is back in Liverpool training for his recently announced fight against Jared Gordon at UFC 282. In 2023, he plans to marry his longtime partner, Laura, and he anticipates fighting twice on either end of the year.

Pimblett’s impact on the UFC landscape is still in its early days, even though the reverberations suggest a long time spent in the game. He knows his quick rise and the fanfare around him might rub some people the wrong way, but he also has the confidence to back up the words he has uttered since before he was ever fighting in the brightest spotlights.

“I've turned doubters into believers,” Pimblett said. “That’s what I’ve been doing for years, and I’ll continue to do so because a lot of people still doubt me. They still think, ‘Ah, he’s not that good. He’s not this. He’s not that.’ Wait ‘til I've got a gold title around my waist.”