UFC Welterweight Veteran Neil Magny Knows He Willing To Go Through Fire To Get The Victory At UFC Fight Night: Tsarukyan vs Gamrot
By E. Spencer Kyte, on Twitter @SpencerKyte • Jun. 21, 2022

Experience taught Neil Magny not to think about the possibility of tying Georges St-Pierre for the most wins in the history of the UFC welterweight division heading into his fight with Max Griffin earlier this year.

“I remember earlier on, people were like, ‘Hey, you’re on a seven-fight winning streak. At this point, no fighter has ever been on a seven-fight winning streak and not fought for a title,’” recalled Magny, who tied the former champion with a split decision nod over Griffin and can pass him with a victory over unbeaten rising star Shavkat Rakhmonov this weekend. “I’m sitting there preparing to fight Demian Maia, who is in his prime at this point, and I’m like, ‘Beat Demian Maia and I can fight for a title!’

“I went out there and it was probably one of the worst performances I’ve had in a long time,” he continued, laughing. “I was so close and I had to hit the reset button, so as much as I appreciate being able to tie to the record and go for the record, it’s definitely more important to keep focused on that bigger picture, which is ultimately becoming the UFC champion, and pay attention to what is going to allow me to get there, which is one fight at a time.” 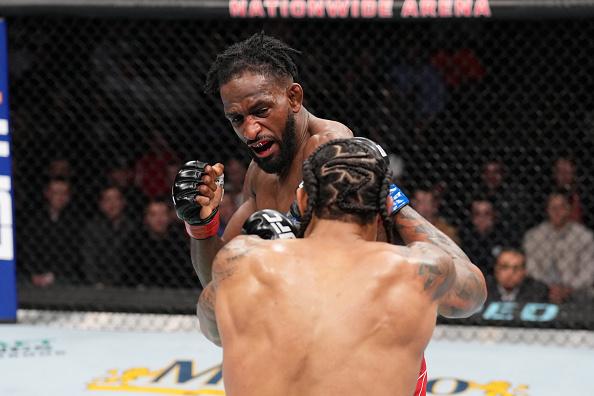 The 34-year-old Ultimate Fighter alum has been a model of consistency for the majority of his 10-year UFC career, posting at least one victory in every year that he’s stepped into the Octagon, and amassing an 18-5 record since beginning his tenure a 1-2 mark.

Preview Every Fight On UFC Fight Night: Tsarukyan vs Gamrot

In addition to being tied with St-Pierre for the most wins in divisional history, Magny is one of those athletes revered by those in the know for the incredible strength of schedule he’s faced throughout his UFC tenure. He forced his way into the Top 10 by going a combined 9-1 in 2014 and 2015, registering wins over the likes of Tim Means, Erick Silva, and Kelvin Gastelum, and has remained there ever since while continuing to face a who’s who in the 170-pound weight class.

He’s also one of the very few people who was actively raising his hand and volunteering his services to face Khamzat Chimaev from the outset.

“When I think about my peers and competition, I’ve been pretty fortunate to fight most of the guys that I looked up to when I first started this sport,” said Magny, who enters Saturday’s contest on a tidy two-fight run of success and having won five of his last six outings. “I remember being fresh out of high school and seeing Carlos Condit fight for the WEC, and then I got the opportunity to fight him years later; same thing with Johny Hendricks.

See Which Fighters Are On The Rise

“I’m going to spend my prime going out there and doing great things,” he added. “Right now is the best time to fight guys like Shavkat or Chimaev — they’re going to be the guys that take over when I’m gone, so to go out there and show these guys who’s boss is what excites me and gets me motivated.”

While that may sound like clichéd fighter-speak to some — an athlete saying the things they’re supposed to say in the situation — the excitement in his voice and occasional unintentional giggles that interrupt his words as he talks about challenging himself every time out and chasing greatness tells you that Magny is only speaking his truth.

So too does the way he explains the way he looks at getting each new email from UFC matchmaker Sean Shelby offering him his next assignment.

“When I get the call or the email for a matchup, it’s always the same reaction: it’s like pouring out the cereal box and the prize falls out,” Magny said excitedly, chuckling as he dove headfirst into the analogy. “You know there is going to be a surprise in there, you don’t know what it is, but you’re excited to find out either way.

“So every time I get something from Sean Shelby, I always know there is a ‘prize’ on the other side, so, for me, it’s always immediate excitement, and then it’s opening the packaging and seeing what I’ve won. 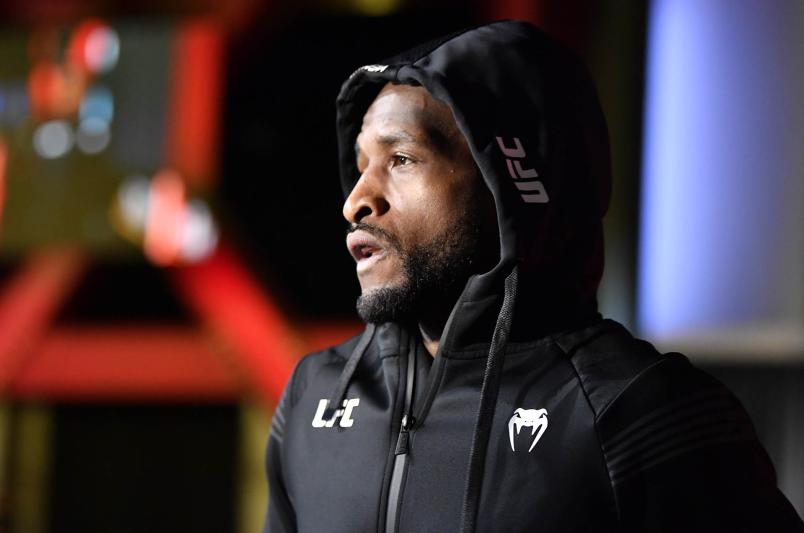 “For this one, it was the same emotion like, ‘Here’s the prize!’ and I opened up the email and I saw ‘Shavkat’ and I was like, ‘Oh! Okay! How do I approach this fight against this fighter with this skill set?’ I shoot that to the coaches and we immediately start to put a game plan together on how to beat him.”

Figuring out how to beat him is something that 15 fighters and their coaches have tried to do unsuccessfully thus far, as the standout from Kazakhstan enters with an unblemished record that includes stoppage victories in each of his first three UFC appearances.

Brandishing good size for the division and a diverse arsenal of skills, Rakhmonov has been forecasted as a potential contender in the 170-pound ranks since arriving in the UFC in early 2020 and submitting veteran Alex “Cowboy” Oliveira in his promotional debut that fall. Since then, he’s added a second-round submission win over Michel Prazeres and a first-round knockout victory over Carlston Harris to push his record to 15-0, claim a place in the Top 15, and increase the hype and momentum he carries into this weekend’s clash with the Elevation Fight Team member.

“He is a guy that is undefeated, a lot younger, and hungry to break into that Top 10 position,” Magny said of Rakhmonov, who is seven years his junior. “I have to mind my Ps and Qs — I can’t go in there and not be present, not be the best version of myself I can be because this guy is coming out the gate blazing, looking for everything.

“It was important to sit down with the coaches early on, put a game plan together, and keep checking in with them to make sure it’s being implemented day-after-day, week-after-week.”

Anyone that has watched Magny fight a handful of times should be able to give you a basic version of what Saturday night’s game plan will be, as working at a steady clip behind a long, sharp jab and backed by outstanding conditioning have been hallmarks of the welterweight veteran’s career.

But if fans and observers know that, so too does Rakhmonov and his team, who have 26 UFC appearances and more than five-and-a-half hours of cage time to pour over in preparation of sharing the cage with the amiable Colorado resident.

As a result, Magny knows there are things he’s going to need to do differently in order to secure his 20th UFC victory this weekend. 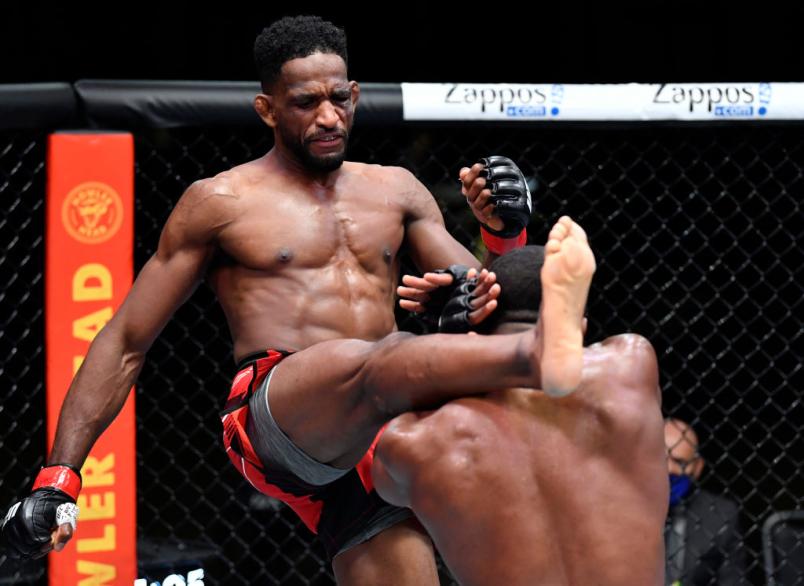 Neil Magny kicks Geoff Neal in a welterweight fight during the UFC Fight Night event at UFC APEX on May 08, 2021 in Las Vegas, Nevada. (Photo by Chris Unger/Zuffa LLC)

Neil Magny kicks Geoff Neal in a welterweight fight during the UFC Fight Night event at UFC APEX on May 08, 2021 in Las Vegas, Nevada. (Photo by Chris Unger/Zuffa LLC)

“There is a level of tenacity I have to bring to this fight against a guy like Shavkat,” he said. “I can’t just rely on sitting back, jabbing, and forcing him to close the distance because I can almost guarantee that’s what his camp is expecting and waiting for, and game-planning in terms of ‘this is how we’re going to shut this down.’

“I have to make sure there is power with most shots that I throw, and not just relying on being there for the distance and the cardio. I need to make sure I’m hitting him with some pretty heavy shots so it’s, ‘this isn’t what I saw in the video; where did this come from?’”

He’s also eager to get out there and push the emerging contender — to see if he has the grit and mettle to navigate tricky spots and keep coming forward in those late stages of the fight where Magny has made his living.

“I know what I’m capable of at this point,” he said. “There is definitely not anything surprising that I’m going to see in the fight, but meeting a person that is willing to dig as deep as I am, that’s willing to endure the kind of pace I can put on a guy, that’s the exciting part.

“I know he’s a good submission artist. I know he has knockout power,” he added. “I know he does all these things well, but is he willing to put out the amount of effort it’s going to take to survive the kind of pace I’m going to put on him? That’s what I’m excited to find out.”