Louis Smolka Wants To Be As Perfect As Possible

Louis Smolka Returns Wanting To Put His Technician-Like Approach On Display At UFC Fight Night: Blachowicz vs Rakic
By Thomas Gerbasi, on Twitter @tgerbasi • May. 13, 2022

Some fighters have big goals. Louis Smolka is one upping all of them in that category.

“I'm trying to be as perfect a fighter as possible,” said the Hawaiian, who will be chasing that goal again this Saturday against Davey Grant. But wait, says “Da Last Samurai,” who points out that having a perfect fight doesn’t mean he’s reached his end game.

“Having a perfect performance doesn't make you a perfect fighter,” he said. “It's just that you had all the answers for this specific set of problems on this night.”

Don't Miss Any Of UFC Fight Night: Blachowicz vs Rakic

Jeez, your poor wife and daughter.

Smolka laughs, insisting that he’s still fun to be around, but when it comes to his day job, he does admit that trying to reach what may be impossible can be a frustrating experience. 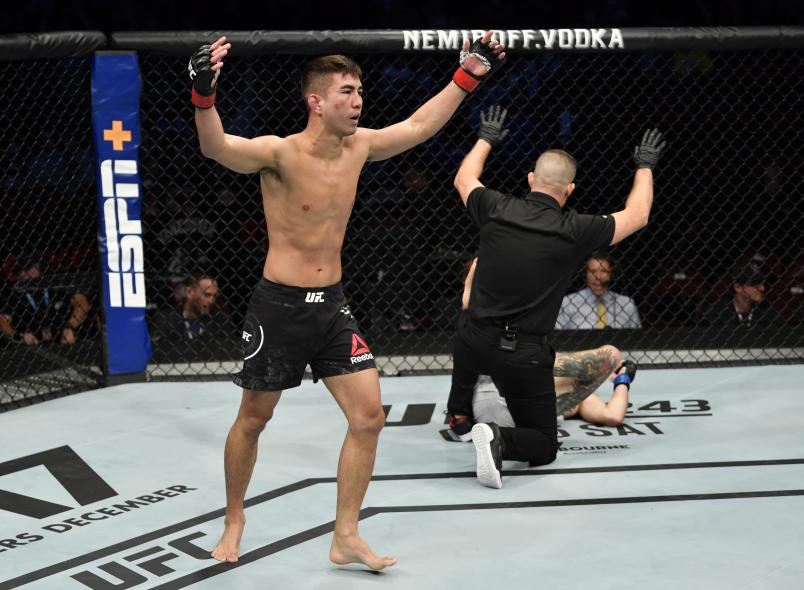 Louis Smolka celebrates after his knockout victory over Ryan MacDonald in their bantamweight bout during the UFC Fight Night event at Rogers Arena on September 14, 2019 in Vancouver, Canada. (Photo by Jeff Bottari/Zuffa LLC)

“You pursue perfection, but it never really comes,” he said. “Yeah, it’s super disappointing, but you can sit here and cry about it or you can accept it.”

And let’s be honest, there is glory in the pursuit, and Smolka has eight UFC wins to prove it. But as he approaches his weekend’s bout, the goal isn’t necessarily perfection, but consistency, something that has been hard to come by for the 30-year-old, who has alternated wins and losses since beginning his second Octagon stint in 2018. But hey, after losing to Vince Morales last December, if Smolka’s pattern continues, he’s likely to beat Grant.

“You'd like to think, right?” he laughs, but in all seriousness, Smolka has had to adjust his style of fighting and approach to it since moving back to bantamweight from flyweight nearly four years ago.

“I have to plan on being the smaller guy,” he said. “No matter what, I'm not gonna match him on size and power so I gotta assume I'm gonna be smaller. They (bantamweight) carry power differently, it's a different explosion, and they've got more muscle, so it's like the punch comes in with higher velocity and they can launch the shots faster. Before, I wasn't at such a big power disadvantage. I might be longer than these guys, but I am not stronger. The way that their frames carry their muscle is different. And it's annoying.” 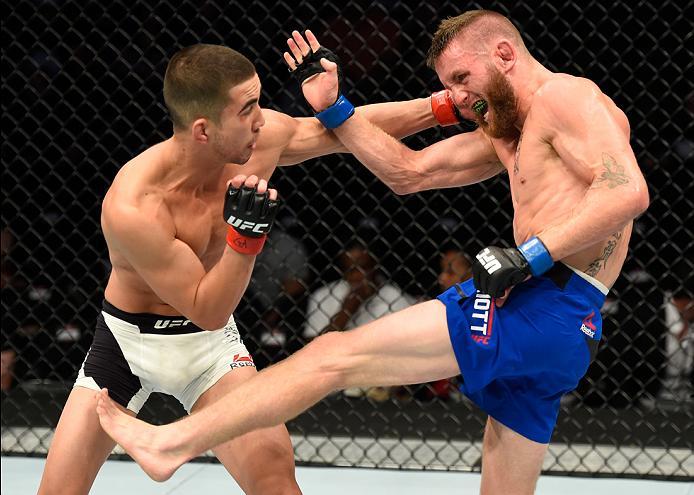 So he hasn’t thought of trying to bulk up?

“I was thinking cardio and defense,” said Smolka, who has shown power in stoppages of Ryan McDonald and Jose Quinonez but has been on the other side of that equation against Morales. Against Grant, who has shown the ability to get opponents out of there with his fists against Martin Day and Jonathan Martinez, Smolka will have to show some perfection defensively if he wants to have the opportunity to use his technique to turn back the Brit.

Fighters On The Rise | UFC Fight Night: Blachowicz vs Rakic

Those are the kind of what ifs that would drive most crazy. But those are the puzzles Smolka loves solving.

“It's a very tight-knit community, mixed martial arts,” he said. “There's a lot of word-of-mouth things. And I think that I have a pretty good reputation in this community as far as who's really doing this to be the best; who's doing this to try to become a perfect fighter, to try to find the blueprints, to try to figure out how martial arts really works. There are some guys who are here just for money. They're here to be seen and ham it up. And there are guys who are here for legacy like Khabib (Nurmagomedov). They're here like, I'm here to win, f**k your purse. So I think I have a pretty good reputation as one of the technicians within the community because I'm really trying to figure out how this stuff works.”

He's got 15 minutes to do just that on Saturday night.