Take A Look At Jose Aldo's Greatest Moments From His Time In The WEC.
By Thomas Gerbasi, on Twitter: @TGerbasi • Sep. 21, 2022

Before Jose Aldo began his reign over the UFC’s featherweight division, he went from unknown to champion while fighting in the blue cage of the WEC. In honor of the Brazilian icon’s retirement, let’s take a look back at his most memorable WEC moments. 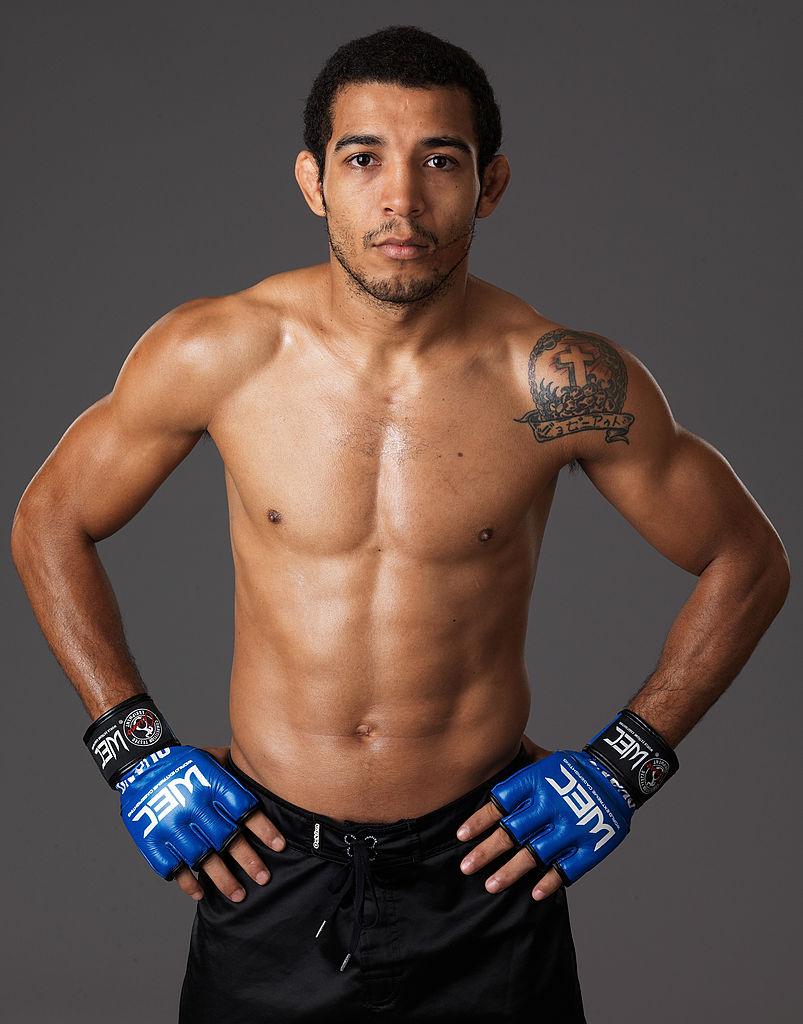 When Aldo made his WEC debut in June of 2008, it came with little mainstream fanfare, although fight game aficionados were curious to see what the Manaus native could do on the world’s most prestigious stage for lighter weight fighters. And as a first test, there was none better than Nogueira. Unrelated to twin brothers Rodrigo and Rogerio, Nogueira nonetheless made quite a name for himself over the years as a longtime Shooto champion and as a fighter who found his way into the pound-for-pound conversation in his prime. Frankly put, 2008 wasn’t his prime anymore, as he lost two of his previous three fights leading up to his own WEC debut, but there was still the hint of danger there. Then the bell rang, and Aldo announced his arrival with a second round TKO victory. Little did fans know that Aldo would soon be wearing the belt then owned by the headliner that night, Urijah Faber.

Aldo didn’t get thrust into a title shot after his win over Nogueira. Instead, he was masterly moved, pitted against solid competition that was expected to test him if not for the fact that Aldo made them look ordinary. Three consecutive knockouts of Jonathan Brookins, Rolando Perez, and Chris Mickle made him a must-see for WEC fans, but it was going to be veteran Cub Swanson that was going to be the fighter to push Aldo harder than he had been pushed before in the WEC. Didn’t happen. Aldo came out at the opening bell and landed not one flying knee, but two in quick succession, sending Swanson down to the mat grasping his face, which was sliced open by the assault. The fight took all of eight seconds. 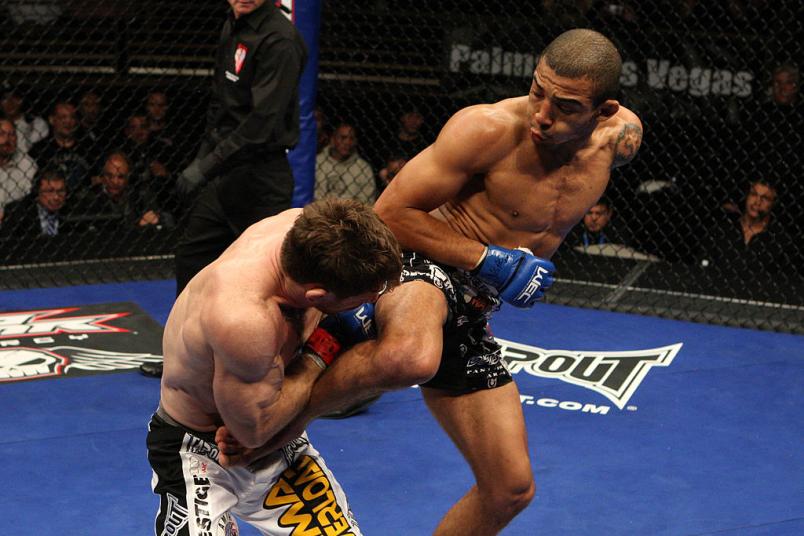 Jose Aldo kicks Mike Brown during their bout at WEC 44 at the Pearl Concert Theater on November 18, 2009 in Las Vegas, Nevada. (Photo by Josh Hedges/Zuffa LLC)

After his destruction of Swanson, there was no question that Aldo’s next step was to be a world title fight, but the man at the top in November of 2009 wasn’t Faber, but seasoned veteran Mike Brown. And most assumed that while Aldo was young, explosive, and fast, Brown had those intangibles that were going to force the Brazilian to dig deep to pull out the victory. But yet again, Aldo was a step ahead all night, pounding out a second round TKO win that earned him the WEC featherweight title. Without a doubt, he had proven himself to be the top 145-pound fighter in the world, but there was still a man waiting in the wings who wanted to stake his claim on that title – Urijah Faber. 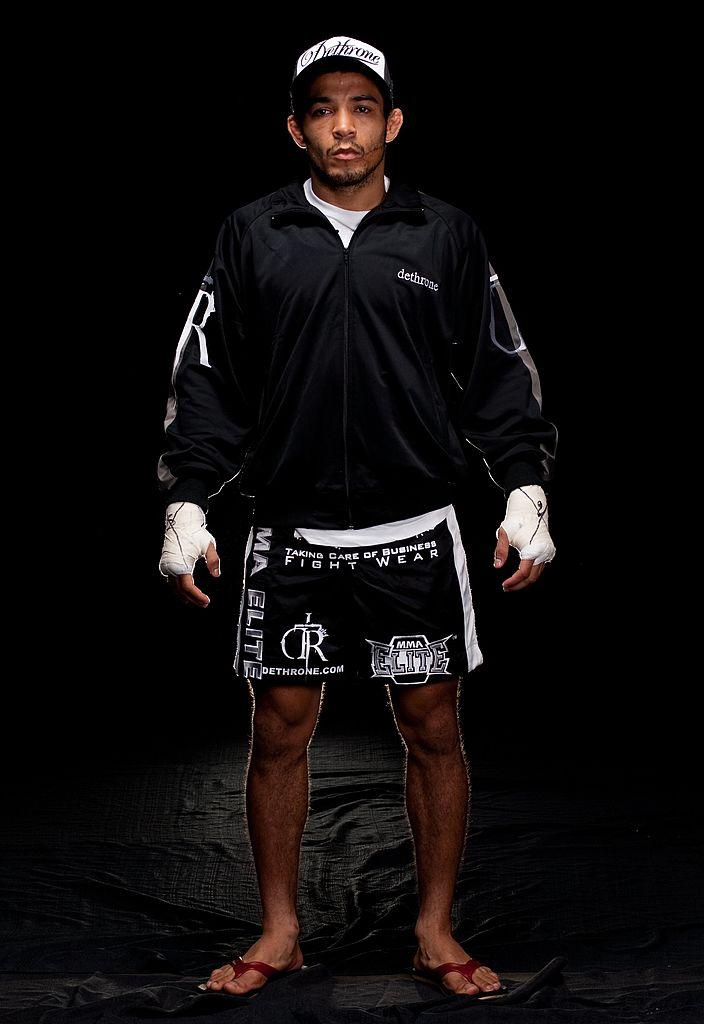 Jose Aldo poses for a portrait backstage prior to his fight with Urijah Faber at WEC 48 on April 24, 2010 in Sacramento, California. (Photo by Mike Roach/Zuffa LLC)

Perhaps the biggest featherweight fight ever at that time, Aldo vs. Faber captivated fight fans around the world, yet like his countryman Anderson Silva had to do in his rematch against Rich Franklin, Aldo had to travel to Faber’s hometown of Sacramento to announce his true arrival on the world stage. This time though, he didn’t win with a spectacular knockout. Instead, he punished Faber for 25 minutes, banging up his legs with vicious kicks that rendered “The California Kid” nearly helpless. In the aftermath of the shutout five round win for Aldo, much of the attention focused on Faber’s gritty effort in defeat, but what should have also earned equal, if not more, billing was Aldo’s disciplined and dominant performance, one that made it clear that at 145 pounds, there was Jose Aldo and everyone else. 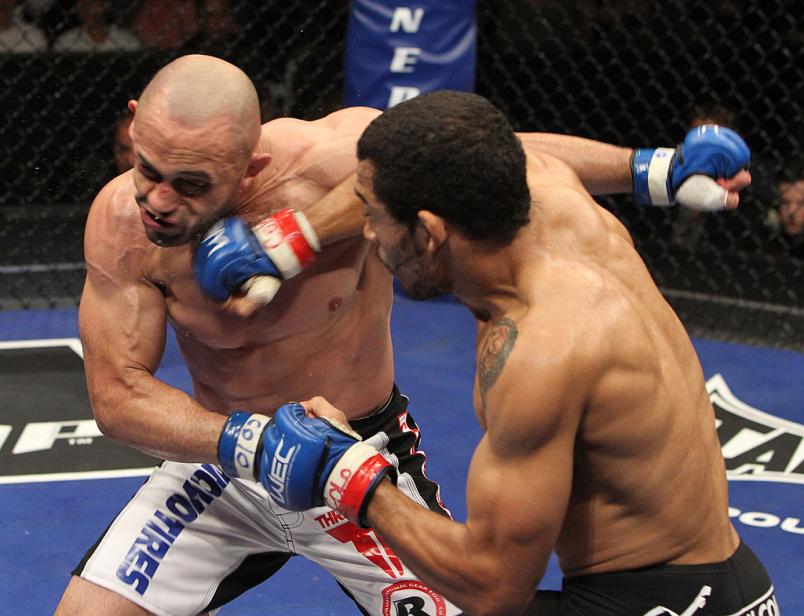 Given the above statement, you may be wondering how this bout made it here as a defining victory of Aldo’s WEC career, but consider that after the Faber bout, by far the biggest of his career, the champion could have slacked off in training or started believing his own hype – and there was plenty of it. But instead, Aldo trained like he did for all his fights – like a challenger – and against a tough nut to crack in Gamburyan, he was firing on all cylinders again, needing just 92 seconds to knock the challenger out. Less than two months later, Aldo and his colleagues were off to the UFC, and after being awarded the organization’s first featherweight title in a ceremony before UFC 123 in Michigan, the Brazilian has successfully defended his crown seven times.