Former Champion Jan Blachowicz Feels Rejuvenated And Eager To Begin His Chase Toward Regaining The Title
By E. Spencer Kyte, on Twitter @spencerkyte • May. 11, 2022

When Jan Blachowicz spoke with Daniel Cormier in the Octagon shortly after losing the light heavyweight title to Glover Teixeira at UFC 267 in Abu Dhabi, “DC” asked the vanquished champion what went wrong in the fight.

Blachowicz smiled and said, “I think I left the legendary Polish power in the hotel room,” before declaring he would be back to make another run towards the top of the division.

Don't Miss Any Of The Action From The UFC APEX

On the eve of that return, the 39-year-old veteran explained that the “legendary Polish power” never actually made the trip to Abu Dhabi with him for UFC 267. 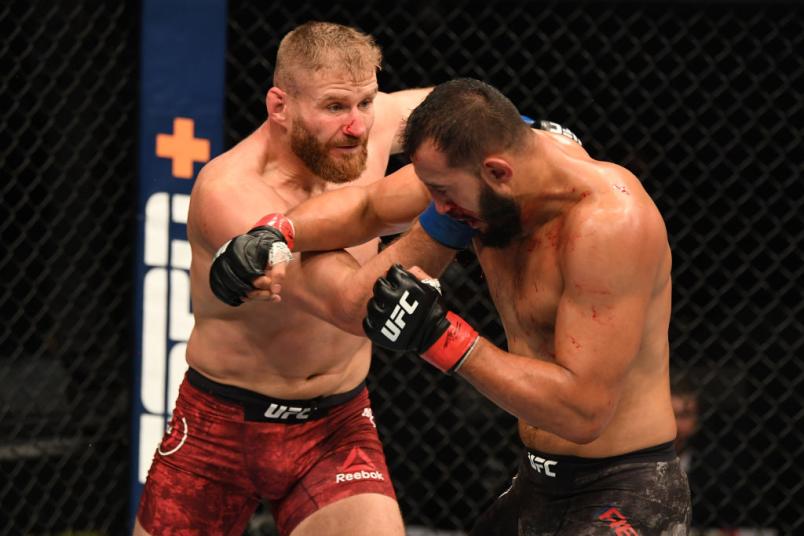 “I felt it for most of the camp,” Blachowicz said in regard to his lack of go and the missing sharpness that stood out in his performance against Teixeira last fall. “I feel that it was not as good as before Reyes or Adesanya or when I knocked out Luke Rockhold. I felt bad, but I believed that I would go there, do this fight, and win, but it didn’t happen. Glover is champion; he beat me, and that’s it.

“This time was completely different,” continued the former champion, who squares off with Aleksandar Rakic in a pivotal main event pairing on Saturday evening in Las Vegas. “I think I’m the kind of fighter who needs to lose sometimes to remind me why I’m doing this. If you look through my record since I got to the UFC, I have a couple wins, losses, a couple wins, lose; all my life was like this.

“Sometimes I need this kick in my ass to get back to work.”

Losing the title he worked so hard to win in the first place was part of the kick to the backside the affable Polish fighter needed, but the other piece came from working with Daria Albers, a former professional kickboxer and boxer with degrees in psychology and physical therapy that works with Blachowicz and others on the mental element of competing.

“She reminded me why I’m doing this,” said Blachowicz, who had worked with sports psychologists in the past, but hadn’t maintained those relationships as part of his standard training practices and fight camps. “I feel the fire, the joy, I’m happy; now I know why I’m going inside the cage. Now I know what I want to do and what I’m going to do inside the cage — not because I have to, but with pleasure and with joy.

A few months ago, Blachowicz was feeling something different. Actually, he wasn’t feeling anything at all in his left side, and that was the problem.

Saturday’s bout with Rakic was initially scheduled to headline the UFC’s return to Columbus, Ohio towards the end of March, but the former champion was forced to withdraw from the contest due to a neck issue, resulting in the bout being pushed back to this weekend at the UFC APEX.

Blachowicz said he woke up one morning feeling a little pain in his neck but figured he has simply slept wrong and would deal with the issue following his training session.

Fighters On The Rise | UFC Fight Night: Blachowicz vs Rakic

“I go to training and we do some drills, very light drills, and my friend, he punched me in the head very easy — a very light punch — and the left side of my body, from my head to the leg, was completely paralyzed; I didn’t feel it for one minute.

“I was very scared because I never felt anything like this before, and I think, ‘That wasn’t bad sleep; it’s something serious,’” said Blachowicz, who was later diagnosed with a nerve issue in his neck. While there was initially a concern that he would require surgery, he responded well to the initial two-week rehabilitation program and avoided going under the knife.

“After four weeks, I came back to the gym and did everything like before, with no pain, nothing,” said the thankful fighter. “Of course, I have to take care of it — I’m going to physio, but no surgery; I hope never, but you never know. If I take care of it, go to physio, do some simple exercises, I will be okay.” 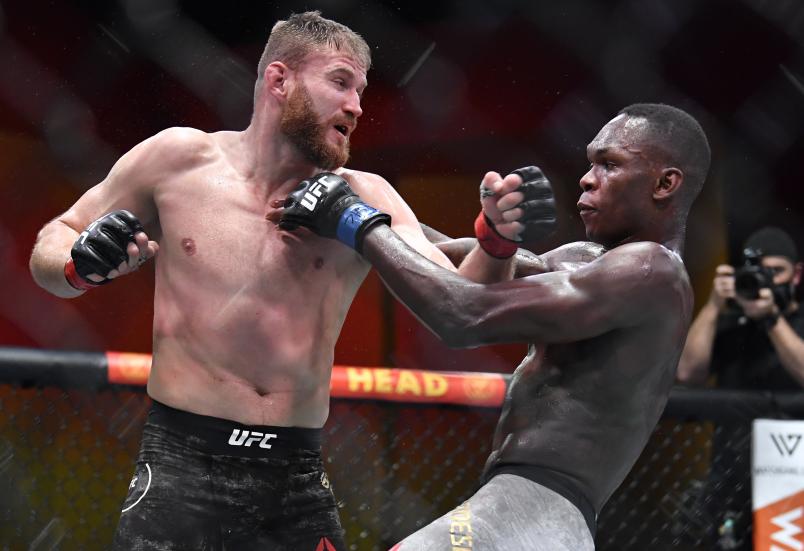 That’s good news for Blachowicz, and potentially bad news for Rakic, who remained tasked with being the first man to face the former titleholder in his first bout since losing the belt and looks to punch his own ticket to a championship opportunity with a win this weekend.

Younger, taller, and hungry to finally secure the first championship opportunity of his career, Blachowicz knows Rakic brings a lot to the table that he needs to be worried about this weekend, but he’s confident that he will emerge victorious and put forth the kind of performance that secures him a shot at whomever holds the title following next month’s championship clash between Teixeira and Jiri Prochazka, despite being the underdog.

“So I show the world again that I deserve respect as a fighter,” he said dismissively when asked about the betting odds, which favor Rakic slightly heading into Saturday’s contest. “I did this before and I will do this again, with pleasure. I don’t care about this. I can be underdog or not. Who cares? Not me.

“He’s younger than me — much younger — and he’s very strong, dynamic, has powerful kicks, powerful hands,” said Blachowicz of Rakic. “He’s a dynamic fighter, so this is what I have to be worried about the most, but I’ve got sparring partners similar to his style, very good kickboxers, so we are ready for what he’s got for us.”

After a longer break than anticipated, a brief medical scare, and a swift kick where the sun don’t shine, the former champion is once again ready to step into the Octagon and make a statement.

And this time, he won’t be leaving the legendary Polish power at the hotel.

“Now I feel again as I did before Reyes, before Adesanya; before each fight that I won,” he said. “I am ready for everything, and my cardio is ready for 25 minutes of fighting, but for sure I will try to finish the fight before five rounds.

“The second round would be perfect — submit him or knock him out. Knocking him out would be the best way to win the fight and show the UFC that I deserve a second chance to fight for the belt.”