The UFC Family Sends Its Sincerest Condolences To The Friends And Family Of Anthony Johnson.
By Thomas Gerbasi, on Twitter: @TGerbasi • Nov. 14, 2022

Anthony "Rumble" Johnson was one of the hardest punchers to ever grace the Octagon, a knockout artist of the highest order, and a young man taken too soon, as it was confirmed today that the longtime UFC welterweight and light heavyweight standout tragically passed away after battling a long illness. He was just 38.

Born in Dublin, Georgia and raised by his grandparents, the young Johnson took to his surroundings and embraced them.

"I was raised on a small farm, so I had plenty of open land to run around in,” he told me in 2008, and early on, it was clear that he was an athlete, one that went on to win a junior college national wrestling championship for Lassen College.

But even earlier, "Rumble" had a fighting spirit in him.

“I used to beat up my cousin’s teddy bear all the time,” Johnson said during a 2012 interview. “And teddy bears don’t punch back, but I was throwing that thing all around the house and doing some WWE-type stuff. I was body slamming it, jumping on top of it, punching it. I guess I was in training at a young age. So it doesn’t surprise my family. I’m just that little kid that they saw growing up who’s on TV now and doing it for real.” 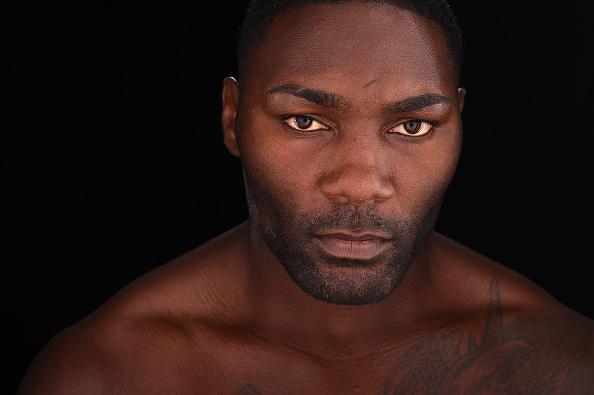 LAS VEGAS, NEVADA - MAY 20: UFC light heavyweight Anthony 'Rumble' Johnson poses for a portrait during a UFC photo session inside the MGM Grand Garden Arena on May 20, 2015 in Las Vegas, Nevada. (Photo by Jeff Bottari/Zuffa LLC/Zuffa LLC via Getty Images)

In 2006, Johnson turned to mixed martial arts, and he was a perfect fit for the sport, winning his first three bouts before getting a short notice call to the UFC in 2007 to face Chad Reiner, and the fight was a lot shorter than the notice, as he kicked off his career in the big show with a 13-second knockout.

Knockouts were Johnson's calling card throughout his UFC career, whether at 170 or 205 pounds, with the likes of Yoshiyuki Yoshida, Charlie Brenneman, Rogerio Nogueira, Ryan Bader, Alexander Gustafsson, Jimi Manuwa and Glover Teixeira all falling to the humble power hitter.

So how hard did he hit? Ask his friend and longtime teammate, UFC Hall of Famer Rashad Evans.

"He hits ridiculously hard,” Evans told me in 2017. “And the thing about it that makes his punching power so unique is that it’s effortless. He’s not trying to hit hard, he’s just swinging and that’s the crazy thing about it. Sometimes we’re just going light and he’ll throw a punch and I’ll go, ‘Yo, we’re going light.’ And he’ll say, ‘I wasn’t trying to hit hard, I was just swinging.’ And he really was. But he’s got these heavy, dense bones. And when he hits you, it’s not a pain. Usually it’s like a thud, and maybe your lights will flash for a little bit. He caught me with a couple of those and I’m like, ‘Woo, we’re sparring right now, huh?’” 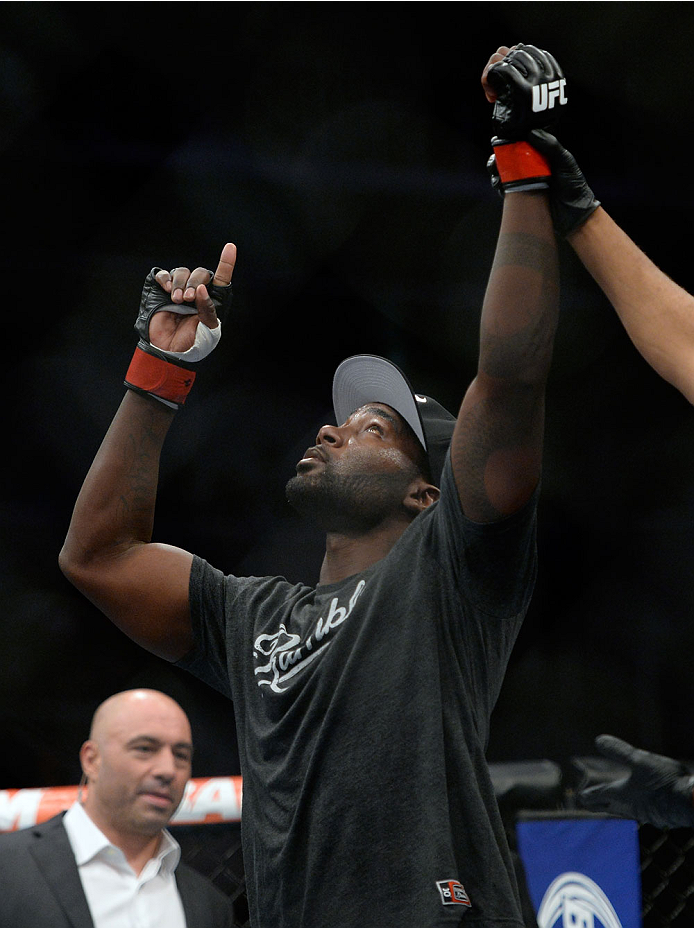 Or you can ask Brenneman, who said, "It’s like sprinting into a brick wall and saying, ‘I can’t stop’ and boom, you hit the wall.”

Yet for all the big wins and memorable moments over the course of a career that saw him post a 23-6 record and challenge Daniel Cormier twice for the UFC light heavyweight title, he never let his stardom get to his head, remaining humble in and out of the Octagon as he left a lasting impression on his peers and fight fans.

The UFC family sends its sincerest condolences to the friends and family of Anthony Johnson.