It seems like only a year ago kickboxing showstopper Alex Pereira was introducing himself to the American MMA audience and now he’s at the top of the heap in the UFC’s middleweight division. His sister is out to make the same splash.

While it wasn’t “only a year ago” that Alex Pereira made his LFA debut it wasn’t much more. Pereira made his first MMA trip to America in November of 2020 and has used three-round endurance, flying knees and right hands to punch his ticket to the top of the division.

Still in the upswing of his career, the new middleweight champion is now introducing the world to the next kickboxing prospect, his sister Aline Pereira.

Pereira has made her mark on the sport of kickboxing but still feels like the general public has been slow to giving her stripes.

“When I first started kickboxing I was judged for being Alex’s sister,” Pereira explained. “There was a stigma. Everyone would say that I won my fights because I was Alex’s sister. They couldn’t accept that I was standing out and winning all those fights in such little time training. Along the years I stood out more and people stopped calling me ‘Alex’s sister’ and started calling me ‘Aline Pereira.’ I think that I was able to show my work to people and earn the respect.” 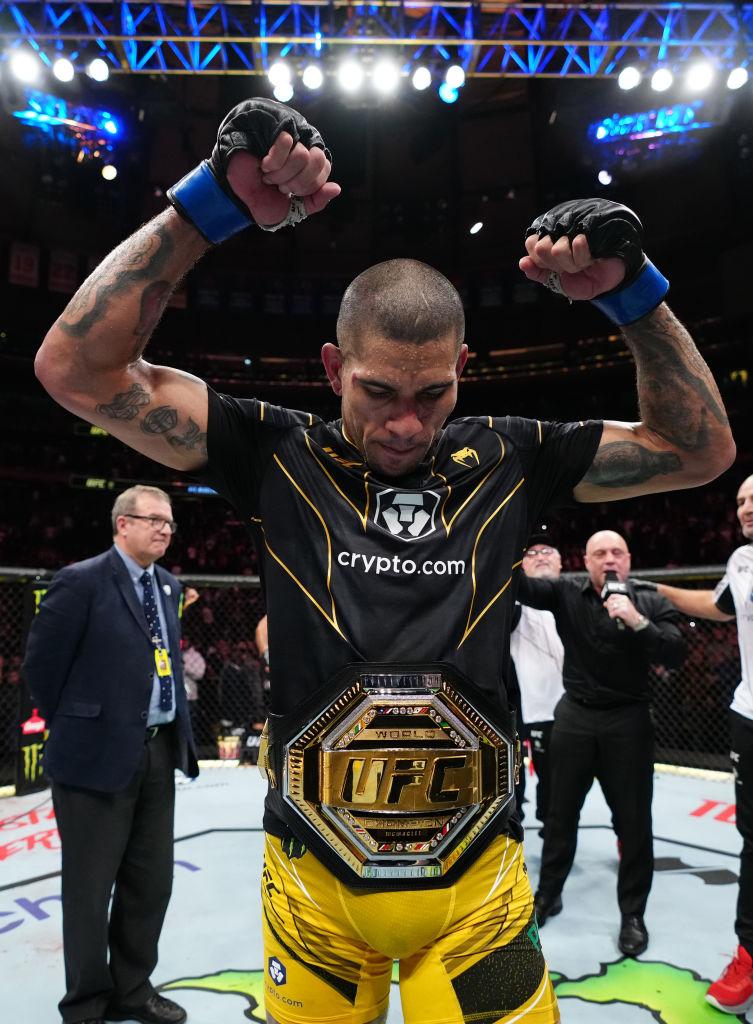 Alex Pereira of Brazil reacts after his TKO victory over Israel Adesanya of Nigeria in the UFC middleweight championship bout during the UFC 281 event at Madison Square Garden on November 12, 2022 in New York City. (Photo by Jeff Bottari/Zuffa LLC)

Pereira was never afraid of hard work, and as Alex and many kickboxers before her would explain to her, it would take a grit and ability to embrace the new venture to transition smoothly to MMA. And if she’s half the fighter her brother is, she’ll be up for the task.

Pereira’s ring time has always outlasted her record. Nearly every one of her fights has gone the distance, with her winning nearly all of them via unanimous decision.

In MMA, where the flashier your performance, the bigger your checks are, Pereira is the type of fighter who is a candidate for over-exertion and getting caught. Luckily, with her Fight IQ and the guidance of her brother, Pereira knows that and is planning to stick to her guns and rack up wins however they present themselves.

Everything You Might've Missed From UFC 281: Adesanya vs Pereira

“I think that I will become more experienced with time,” Pereira explains. “It’s like my brother always says, the knockout happens. I can’t go in there looking for the knockout, but I’m always working towards it.”

Pereira has her eyes firmly fixed on her MMA debut with Helen Peralta at LFA 147, but her brother, who’s no stranger to taking the division over, warns every flyweight out there that she’s as ready to take over the fight world as he was.

“Aline is capable of fighting anyone in the division, but she needs to take it one step at a time,” Alex Pereira said. “That time will come. We’re very focused and ready for her debut.”