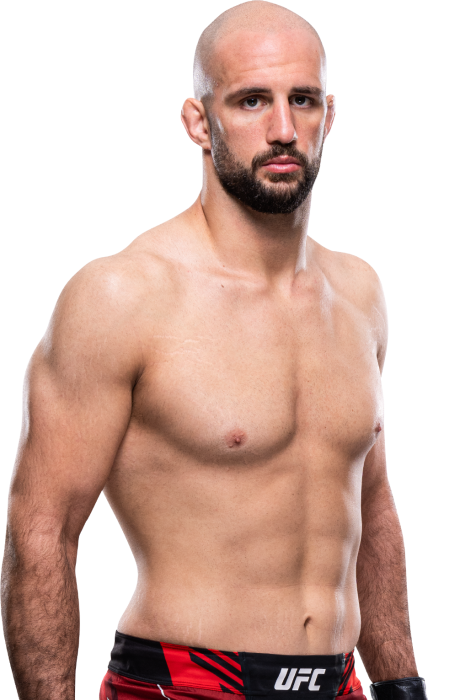 Volkan Oezdemir's Goal Has Not Changed

Oezdemir Is Looking To Knock Latifi Out

When and why did you start training for fighting? I was visiting the Netherlands after I spent three months in Thailand to train for fun and to visit. And I started training at Golden Glory gym, where I met Alistair Overeem. He started helping me a lot and we became close. He took me everywhere for training while he was getting ready for his NYE fight. Then he asked me why I don't fight (I never thought of it) and that I should come back and he'll arrange an amateur fight for me. I came back did a full training camp with him while he was preparing for Remy Bonjasky until my fight. I won by KO and I loved it and that's how it started.
What ranks and titles have you held? WKN - Valhalla battle of the Vikings, tournament champion, Lions FC heavyweight champion
What does it mean for you to fight in the UFC? Now the real work can start.
What was your job before you started fighting? I owned a bar and was a personal trainer for a bit
Specific accomplishments in amateur competition? Few BJJ tournaments
Specific accomplishments in pro competition? 5-0 in pro kickboxing
Favorite grappling technique: Arm triangle
Favorite Striking technique: Left hook-low kick