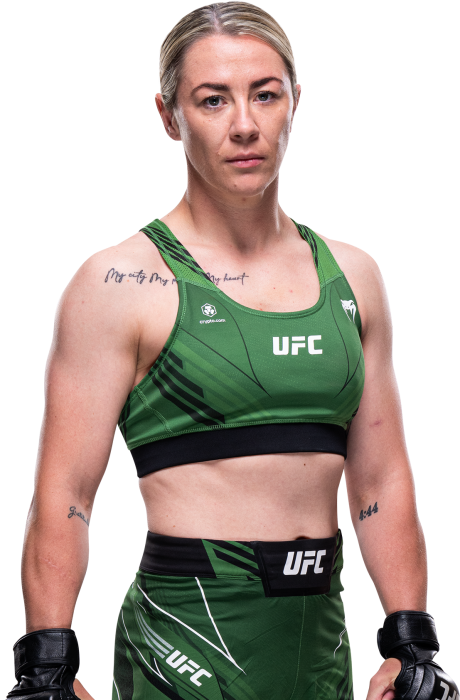 Molly McCann’s Performance Was ‘Two Years In The Making’

When and why did you start training for fighting? I started MMA the day after Rousey vs Carmouche.
What ranks and titles have you held? Cage Warriors flyweight title, ABA national title (boxing national title), Shock n awe title (regional MMA title)
Do you have any heroes? My hero, like most, is my mom. She’s an honest, working class hero.
What does it mean for you to fight in the UFC? To me, fighting for the UFC is absolutely amazing. It’s the reason why anyone starts. To put those gloves on May 27th in my home city will mean the world to me.
Did you go to college and if so what degree did you earn? My degree was Sports Development & Physical education.
What was your job before you started fighting? Coaching Boxing and Sandwich Artist in Subway
Favorite grappling technique: Guillotine, double leg
Favorite Striking technique: Left hook 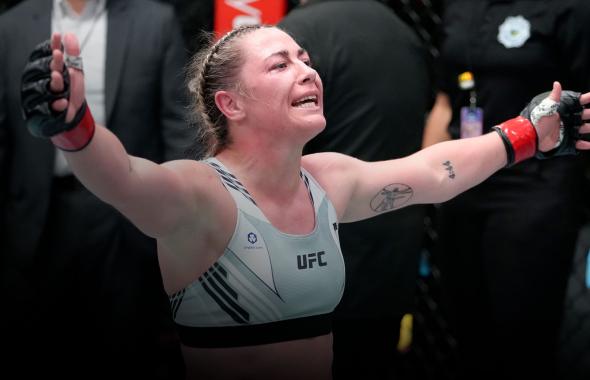 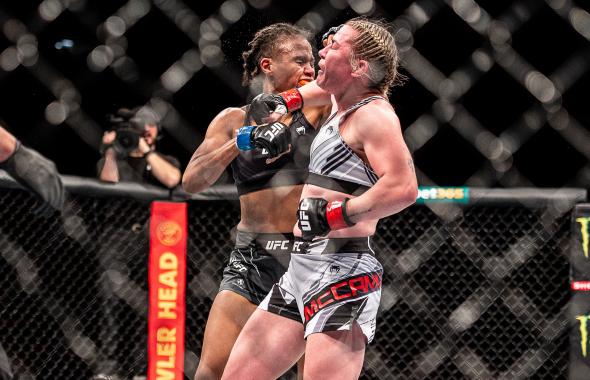