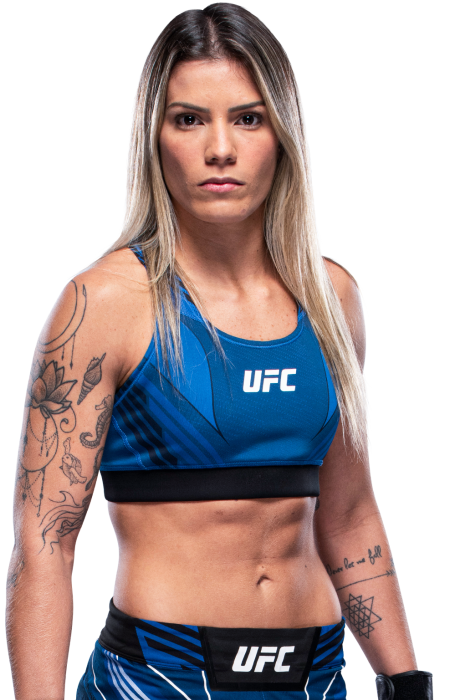 Luana Pinheiro Is Ready For Any Challenge

Fighters You Should Know | UFC Fight Night: Reyes Vs Prochazka

Fighters On The Rise | UFC Fight Night: Reyes vs. Prochazka

When and why did you start training for fighting? Two years old in Judo because my dad is a judo master.
What ranks and titles have you held? National judo champ, Sul-American judo champ, national wrestling silver medalist, bronze medal in Troféu Brasil Judô
Do you have any heroes? My parents
What would it mean for you to fight in the UFC? An accomplishment of my hard work.
What was your job before you started fighting? Fighting was my job since I was a teenager.
Ranks in any martial arts styles: Judo black belt and Jiu-Jitsu purple belt
Favorite grappling technique: Seoi nage
Favorite Striking technique: Left hook