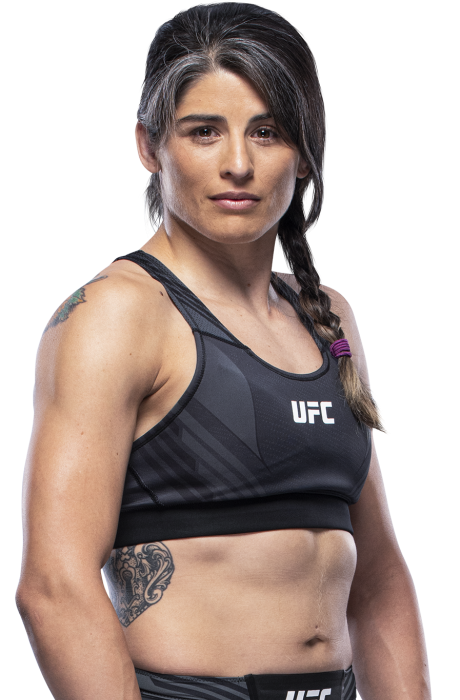 Julia Avila Balances The Patience And The Rage

Julia Avila Eyes Fight For The Fans Vs Eubanks

Julia Avila Sews Masks For Those In Need

UFC Fight Night (6/26/21) Avila submitted Julija Stoliarenko via rear naked choke at 4:19 of the third round
UFC Fight Night (9/12/20) Avila lost a three round unanimous decision to Sijara Eubanks
UFC on ESPN (6/13/20) Avila stopped Gina Mazany via strikes at :22 of the first round
UFC 239 (7/6/19) Avila won a three round unanimous decision over Pannie Kianzad

When and why did you start training for fighting? I started training in MMA after graduating college in 2011. I was working on an oil rig and a friend of mine suggested that I try out MMA since I did cardio kickboxing in college. It was more of a test to myself - I could throw a punch, now let’s see if I can take one. And I fell in love.
What ranks and titles have you held? Brown belt in Brazilian jiu-jitsu. HD MMA bantam champion.
Do you have any heroes? All my teammates and my coaches. Anyone who’s ever taken the time to be a good person, they’re the true everyday heroes that I look up to. I don’t look up to any one person because we’re all wonderfully flawed in our own ways; however, collectively we share this lump of a rock and we’re kind of stuck here, so it’s the people that open doors, make eye contact, take time to listen and not just wait for their turn to speak. Those are my heroes.
What does it mean for you to fight in the UFC? Fighting in the UFC is the culmination of all my hard work and the investment of everyone that has ever believed in me. It feels good to be recognized for the potential that I have in this sport. It feels even better that people will watch me fight and that will motivate them to be a better version of themselves.
Did you go to college and if so what degree did you earn? Yes! I have my Bachelors in Science in Geology from the University of California at Santa Cruz.
What was your job before you started fighting? I currently work as a Geological Technician for a major oil & gas company.
Specific accomplishments in amateur competition? 2-0 both by TKO, one in 21 seconds.
Favorite grappling technique: Armbar
Favorite Striking technique: Dirty boxing 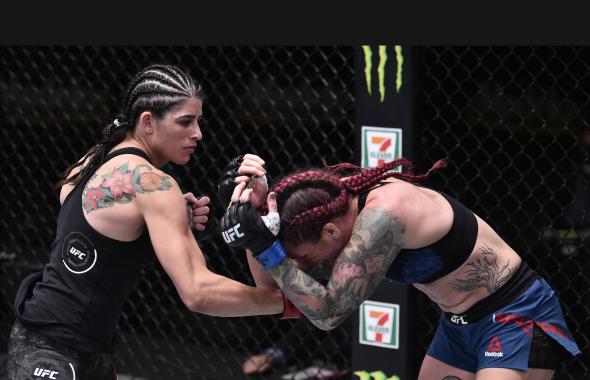