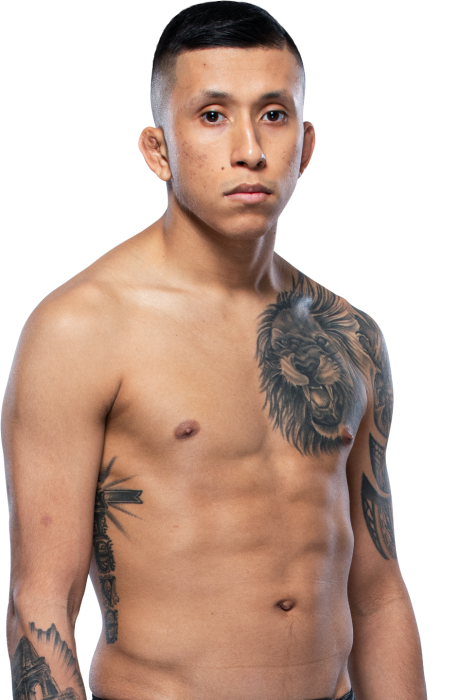 Fighters on the Rise | UFC Fight Night: Volkov vs Rozenstruik

The Future Is Here For Jeff Molina

When and why did you start training for fighting? I was 14 when I started doing MMA and made it a full-time thing when I was 15. Growing up I was always interested in martial arts and was obsessed with Jackie Chan flicks and TMNT. As a kid I would play for hours with WWE action figures and pretend they were fighting. I would use a red water-marker to draw blood on them. My parents couldn’t afford to put me in martial arts classes so I would do the free weekly/month trials at every karate and taekwondo gym within 45 min of our home in Jersey. I discovered MMA at 14 after watching a UFC fight and playing the UFC video game. After going down the rabbit hole of YouTube watching every single WEC, PRIDE, and UFC fight available, I was hooked. I Googled the nearest MMA gym near me and the rest is history.
What ranks and titles have you held National Muay Thai Classic champion, Victory FC Ammy flyweight champion
Do you have any heroes? Someone I aspire to be like and really look up to is my coach James Krause. From the way he carries himself to what he’s overcome to get where he is, he’s inspiring. My parents would be my other heroes. Being Colombian immigrants who came to this country with nothing 28 years ago and working day in and day out to get where they are today is extremely admirable. I get my work ethic from them.
What does it mean for you to fight in the UFC? It means everything, as cliché as that sounds. I’ve dreamed of this moment since I was 14 years old.
Did you go to college and if so what degree did you earn? I did a few semesters towards an Administration of Justice degree but never graduated.
What was your job before you started fighting? Sales Rep at T-mobile
Ranks in any martial arts styles: Purple Belt in BJJ
Favorite grappling technique: RNC and Arm Triangle
Favorite Striking technique: Liver shot and head kicks 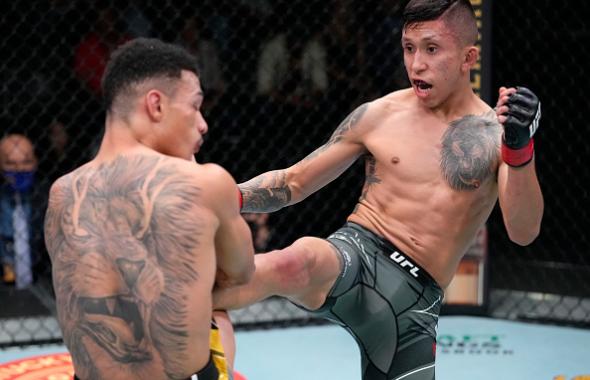