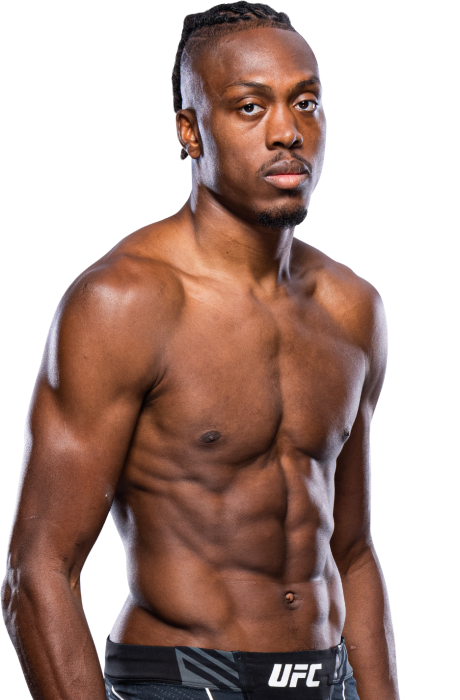 No Shortage Of Motivation For Jalin Turner

Fighters On The Rise | UFC 276: Adesanya vs Cannonier

TRAINING: Wake up, get ready for my first practice, usually at Carlson Gracie Temecula. Warm up my HP meals breakfast, get my son ready, take him to one of his grandmothers, then hit the road. Takes about 45 minutes to get to Carlson’s. An hour plus to RVCA if it's sparring day. Finish that session, then drive home, see my family for a bit, then hit my next session at Adrenaline. After that, hit Riverside MMA for some overtime.
When and why did you start training for fighting? I started training at a gym March 9, 2013. I went to a fight team tryout at Adrenaline MMA. I started training on my own a little prior to this. I started seeing potential in myself being a fighter after I started boxing friends in backyards after school in high school.
What ranks and titles have you held? I've held the California fight league amateur lightweight title and the southern California regional title.
Do you have any heroes? My hero is my mom - she's gone above and beyond for myself and my sisters. Also, Steve Irwin
What does it mean for you to fight in the UFC? Fighting in the UFC is where my legacy begins. Everyone will know the name Jalin Turner soon. It's a dream of mine that's coming true, but it doesn't stop there. I'm going to achieve greatness in the UFC cage.
Did you go to college and if so what degree did you earn? I did not go to college. I chose to pursue fighting and I gave myself four years to fight in a big promotion to make something out of myself.
What was your job before you started fighting? I worked at Marshalls, Amazon, Nordstrom and most recently UPS. I left UPS to completely focus on this fight.
Ranks in any martial arts styles: Purple belt in jiu-jitsu
Favorite grappling technique: Heel hook and triangle
Favorite Striking technique: Straight left 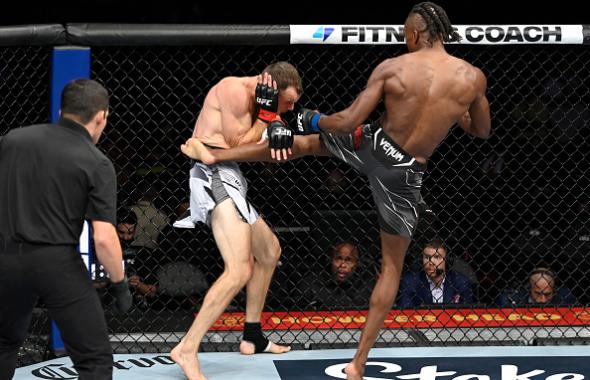