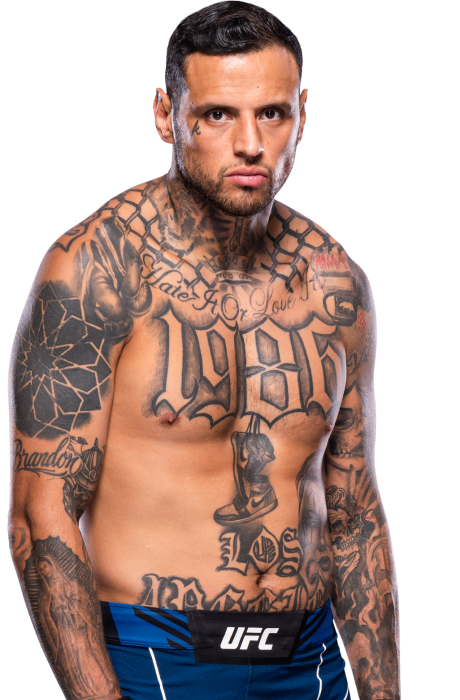 Daniel Rodriguez Is Fired Up

Fighters On The Rise | UFC 279: Diaz vs Ferguson

UFC Fight Night (11/5/22) Rodriguez was submitted by Neil Magny via D'Arce choke at 3:33 of the third round

UFC on ESPN (7/17/21) Rodriguez stopped Preston Parsons via strikes at 3:47 of the first round

UFC Fight Night (2/15/20) Rodriguez submitted Tim Means via guillotine choke at 3:37 of the second round

When and why did you start training for fighting? I started training as a mixed martial artist at the age of 25 with a bit of a boxing background. I’ve always loved combat sports and watched UFC fights. I decided I wanted to train and fell in love with the sport.

What ranks and titles have you held? My rank is currently #2 in California with a jiu-jitsu purple belt under Eddie Bravo. I was also a two-time amateur champion

Do you have any heroes? My heroes are many UFC fighters: GSP, Chuck Liddell, Jon Jones, Dan Henderson, etc.

What does it mean for you to fight in the UFC? Fighting in the UFC means I’ve turned my dream to reality. It means a better life for my family and I’ve accomplished something every fighter dreams of.

What was your job before you started fighting? I’ve had many jobs, including union iron worker 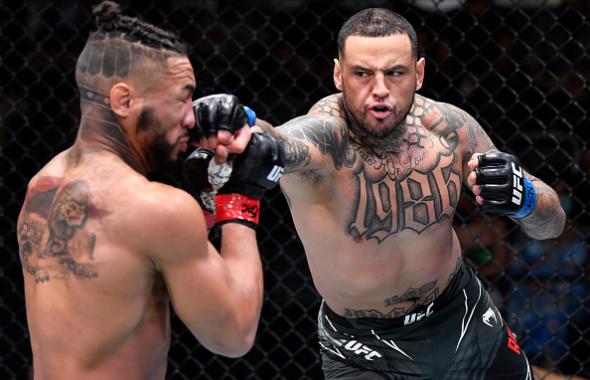