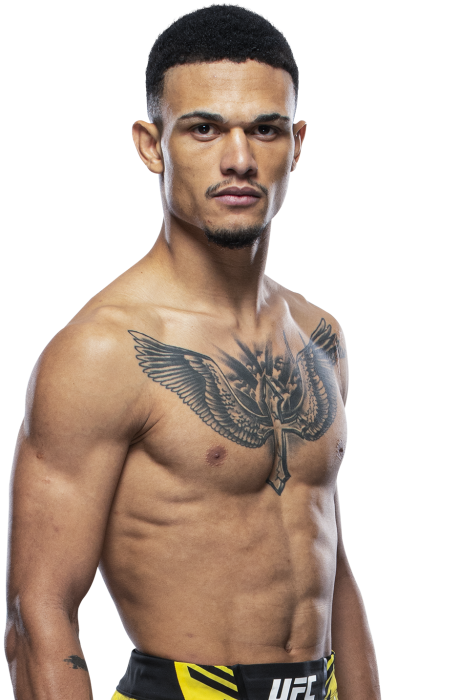 How To Watch UFC 282: Błachowicz vs Ankalaev

UFC on ESPN (4/30/22) Da Silva was submitted by Francisco Figueiredo via kneebar at 1:18 of the first round

When and why did you start training for fighting? At the age of eight, I was influenced by my stepfather, who was a karate teacher. I was bullied and one day he decided to take me to the martial arts path to learn how to defend myself. I became a competitor and never stopped.

What ranks and titles have you held? Number 1 in Brazil and owner of the Mr. Cage flyweight championship belt. Best knockout in Brazil in 2018.

Do you have any heroes? Jesus Christ

What does it mean for you to fight in the UFC? It means fulfilling my dreams, changing my family's life and bearing the name of Christ.

What was your job before you started fighting? I worked in a casket factory as general services.