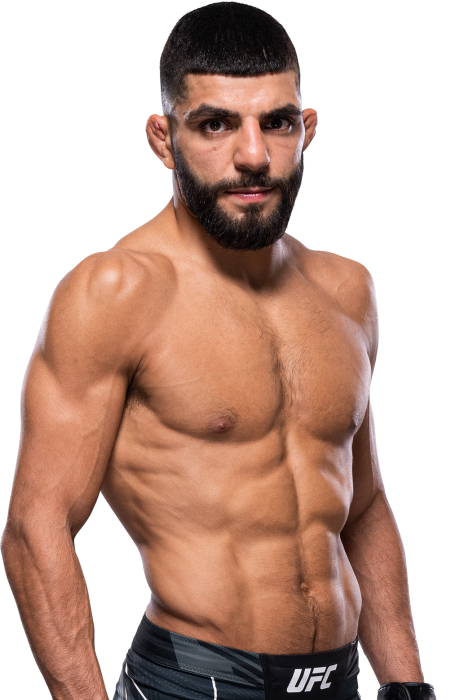 Amir Albazi | The Prince Is Here

Fighters On The Rise: November 28 Edition

UFC Fight Night (7/18/20) Albazi submitted Malcolm Gordon via triangle choke at 4:42 of the first round

When and why did you start training for fighting? When I moved to Sweden, as an immigrant I got in a lot of fights because I didn’t understand the language and was bullied for being foreign. I saw UFC on TV one night and I was hooked. I decided to start fighting because I loved the competitiveness.

What does it mean for you to fight in the UFC? I started training martial arts with the goal of being in the UFC since day one. So to finally be here means a lot to me. I am proud to represent my country in the UFC.

Did you go to college and if so what degree did you earn? Yes, I did. I graduated in Sport and Exercise Science from Roehampton University in London.

What was your job before you started fighting? I never had a job besides fighting. I have put all my energy on training since the age of 14.

Specific accomplishments in pro competition? First ever pro fight at 16 years of age. I did two fights in the same night.