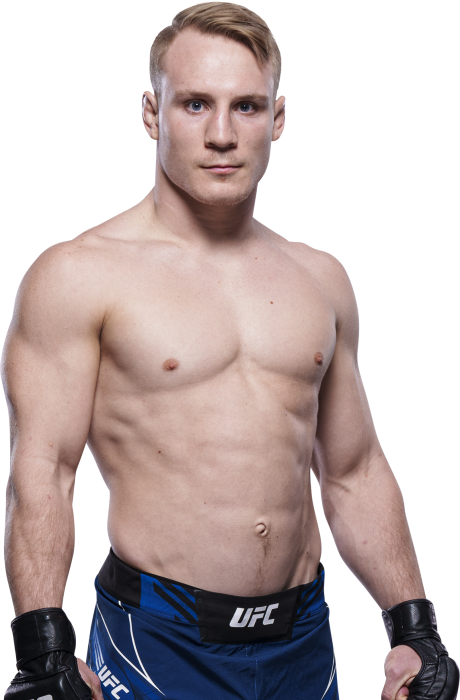 AJ Fletcher Is Searching For An Emphatic Victory

When and why did you start training for fighting? I started training around summer of 2015 when it started becoming more obvious that my dream of playing football past high school wasn't going to come to fruition. Having been in sports all my life, mostly year-round, I started wondering what venture I could put that competitive fire into, and it wasn't long before I set my sights on MMA. I tried it out at first just to see what it was like, you know, to see if that fire I had for those other sports transferred over. I definitely had in the back of my mind an idea of maybe wanting to fight, but no certainty or clarity that it would become my life. I think I got into it thinking I was an athlete that wanted to learn to fight, but as it became more of my life, it's become more apparent to me that I've always been a fighter playing sports.

What titles have you held? Atlas Fights Welterweight title

Do you have any heroes? My training partners and coaches who are there with me putting in all the sacrifices I am to help make these dreams come true. These days I get more motivation walking into the gym each day, and seeing those guys work, and seeing some of the young kids in the gym work. I've had a lot of good coaches throughout my sports career growing up and to this day, and I'd say a lot of those people helped mold me into who I am today.

What does it mean for you to fight in the UFC? It means the world. I have a degree, I could've gotten a job and gotten way more money than I have. I never had to fight. I could've chosen a ton of other things to do. But none of that would light my soul on fire like this sport does. That fire I get to wake up with in the morning, the nervous energy, and anticipation of not knowing what's going to happen. Having to go all in, and bet on yourself, you’re your consciousness, brain cells, health, etc., for the world to see. I don't know why, and I can't quite explain it, but I love it. To fight in the UFC is an opportunity not just to make more of a life for myself, but for people around me. And I don't just mean financially, or exposure wise or any of that. There's something different about fighting, than any other sport, in that you really, really FEEL the fights, especially when it's live, and someone you know. I don't know what that feeling is, but I know that I've gotten that feeling watching countless fights, and that feeling has motivated me, and pushed me to do some of the hardest things in my life that ultimately have led me to become a better person, I believe. So, if I can pay the world back by chasing my dream, fulfilling it, and showing people around me that those things, and these dreams, are out there, it'd mean a ton.

Did you go to college and if so what degree did you earn? Yes, I graduated from the University of Louisiana at Lafayette with a Bachelor's degree in Biology.

What was your job before you started fighting? When I moved to Lafayette, I stocked produce in a grocery store for a few weeks. I had to quit when it became obvious it wouldn't work with my training schedule, then went and worked as a cashier at a local Mediterranean grab-n-go restaurant. Then I taught fitness kickboxing for a couple years. That was all while I was still a full-time student, and then after I graduated, I started teaching private lessons, and kid's classes at the gym, which is still mostly how I pay the bills.

Favorite Striking technique: I got a lot of tools, across a lot of different disciplines. I like the one, or combination of them, that gets the job done efficiently. I let my opponent choose which one is my favorite that night, pat him on the back, say "good choice," and go about dismantling them with said tool.